Wilf takes audiences on a hilarious and unapologetic ride through Scotland as Calvin and Wilf attempt to escape loneliness, cope with mental illness and learn to love themselves! 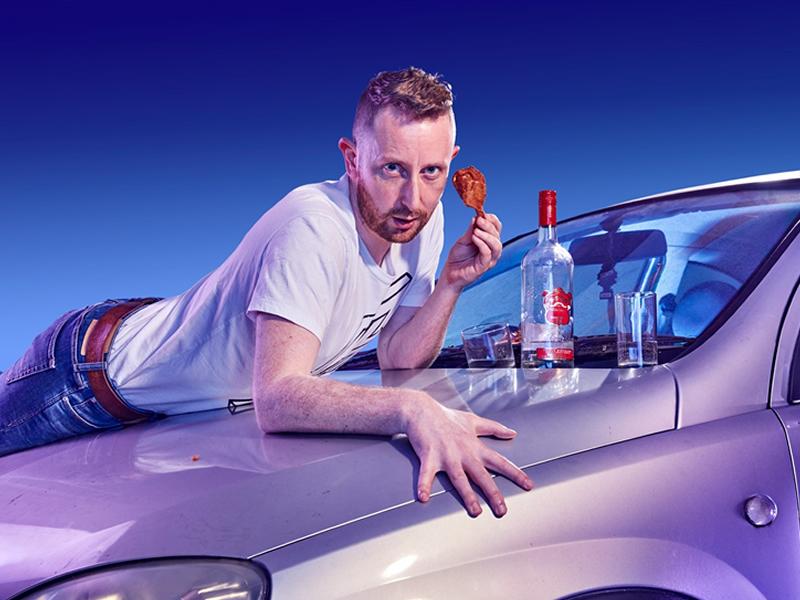 Calvin is going to completely revolutionise his life. Escape his abusive boyfriend, detonate his inner sex bomb, see (and shag) the world. Yes, he’s going to change things, and everything will be wonderful, and he’s going to be so happy. Definitely. Finally. Right?

After a mere 104 driving lessons with Thelma, his beleaguered instructor and a lapsed psychotherapist (who knows far more about Calvin and his kinks than she ever wanted to), Calvin has finally passed his test on the 12th attempt, and there’s officially no stopping him.

Now he’s found his partner in crime - the Cagney to his Lacey, the Celine Dion to his…Celine Dion - in the form of Wilf, a rusty Volkswagen Polo which, like Calvin, has seen better days. Together they hit the road on a wild and bumpy ride of dodgy Airbnbs, greasy takeaways, anonymous graveyard sex and banging 80s power ballads - ending up somewhere they never imagined they’d go.

But is Calvin breaking free, breaking down, or just breakdancing in hot pants?

This riotous and heartfelt new play from James Ley (Love Song to Lavender Menace), directed by the Traverse’s Artistic Director Gareth Nicholls (Ulster American, Crocodile Fever), takes audiences on a hilarious and unapologetic ride through Scotland as Calvin and Wilf attempt to escape loneliness, cope with mental illness and learn to love themselves, with the help of one another.

Strong language and adult themes throughout. Frequent graphic references to sex and drug use.

School of Rock - The Musical

Everyone's favourite kooky and spooky family are back in this spectacular and hilarious musical comedy.
Read more

Manipulate Festival: Acqua Alta - The Crossing of the Mirror

Acqua Alta, an interactive virtual reality installation, traces the odyssey of a man and a woman facing the rising waters, among storms, ink seas, breaking waves and jellyfish.
Read more

The Yellow Canary is both an epic true story and a leap into the imagination of a young child desperate to escape the horrors of war, exploring love, loss and what it means to flee your home.
Read more

Take a step back in time to the BBC’s Paris Studios and experience this comedy classic live!
Read more

Connect with other puppeteers, enthusiasts and producers to share and exchange ideas, whilst strolling through Edinburgh’s Meadows.
Read more