The O2 Academy Edinburgh, formerly Edinburgh Corn Exchange, is one of the city's largest standing, multi-purpose, award-winning venues with a reputation for live music! 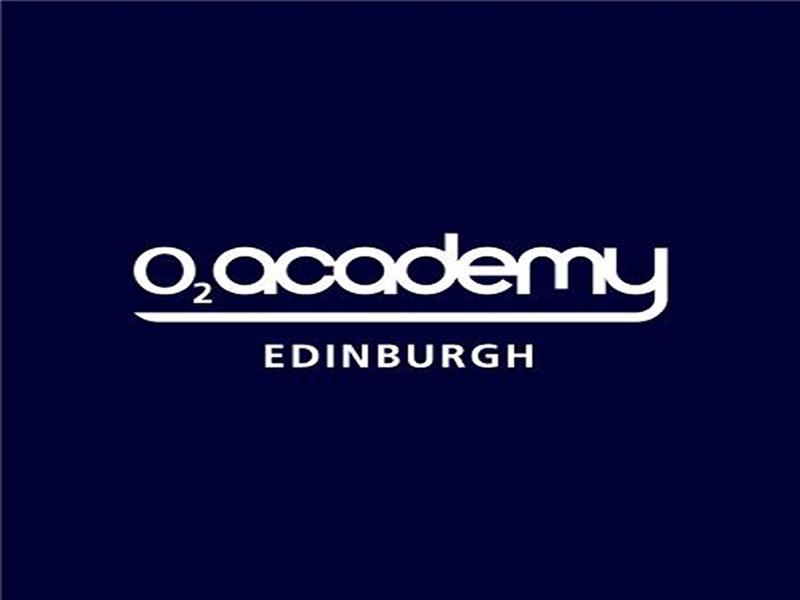 A category B listed building with a unique history, the Corn Exchange was built in 1909 and over the last two decades, Marco’s Leisure Ltd has transformed the Corn Exchange to become one of the city’s largest standing, multi-purpose, award-winning venues.

Conveniently located to the west of the city centre, near major transport links, train stations, and Edinburgh International Airport, coupled with its very own complimentary car parking, it is the perfect location.

All information (whether in text or photographs) is supplied in good faith but should not be relied upon as being a statement of representation or fact. We take every opportunity to ensure the details for O2 Academy Edinburgh are accurate, please contact us at hello[@]whatsonnetwork.co.uk if any of the above information is incorrect.

Are you ready for the best Christmas party nights in town? Then come along to the O2 Academy Edinburgh this December!
Read more

Having also graced some of the most revered festival stages around the world as well as sold out headline shows, Bicep bring their latest tour to Edinburgh Corn Exchange on 7th December!
Read more

The Charlatans have announced a UK tour celebrating their 30th anniversary as a band, catch them live at Edinburgh Corn Exchange on Tuesday 21st December!
Read more

Indie-pop trio Chvrches are on tour in 2022 and stop off at Edinburgh Corn Exchange on Monday 14th March!
Read more

Jake Bugg has announced a UK tour for 2022 which includes a night at the Edinburgh Corn Exchange on the 21st March!
Read more

The 10th Annual Scottish Tattoo Convention returns to The Edinburgh Corn Exchange in March 2022, bigger and better than ever!
Read more

The War On Drugs

American rock band The War On Drugs will be coming to the UK in 2022 and they play two dates at Edinburgh Corn Exchange on 18th & 19th April!
Read more

Gary Numan has announced an extensive UK tour for 2022 in support of his new album 'Intruder', catch him at Edinburgh Corn Exchange on Monday 9th May!
Read more

Jo Whiley's 90s Anthems Tour is coming to the O2 Academy Edinburgh on 13th May... bringing you all the best tracks from the greatest decade for music!
Read more

Catch Marina at Edinburgh Corn Exchange on 17th May as part of her Ancient Dreams in a Modern Land Tour!
Read more

2022 marks the 15th anniversary of ‘We'll Live And Die In These Towns’ and The Enemy are celebrating with a UK reunion tour, including a date at O2 Academy Edinburgh on 22nd October!
Read more

O2 Academy Glasgow has made an outstanding contribution to Scotland’s vibrant live music scene since its arrival in the city in 2003.
Read more

Tucked down Broughton Street Lane, The Outhouse is a renowned venue in Edinburgh, known for brilliant themed parties and a focus on live music and supporting...
Read more

Nicolson Square Edinburgh is a stunning conference and events venue in the heart of Scotland's Capital.
Read more

Situated at the heart of Scotland's elegant and historic capital city, the EICC is one of the world's outstanding venues for conferences, conventions...
Read more

La Belle Angèle, the venue originally formed in the early nineties and which for over a decade stood at the forefront of underground art, music and clubbing...
Read more

This is Cabaret Voltaire, a local arts and music institution in the heart of Edinburgh’s Old Town. We specialize in music. Live music, dance music but...
Read more

We have a very cosy, welcoming and laid back bar located on Leith Walk, with lovely huge windows looking out onto lovely Leith Walk. Our fantastic Team...
Read more

Live Music & Club VenueOpened in May 1997 The Liquidroom is widely regarded as one of the UK’s leading venues for Gigs and Club nights. For over 17...
Read more