As the official Liverpool supporters club venue in Edinburgh, Malones will host a huge UEFA Champions League final fan zone event on Saturday 28th May, followed by an electric after-party! 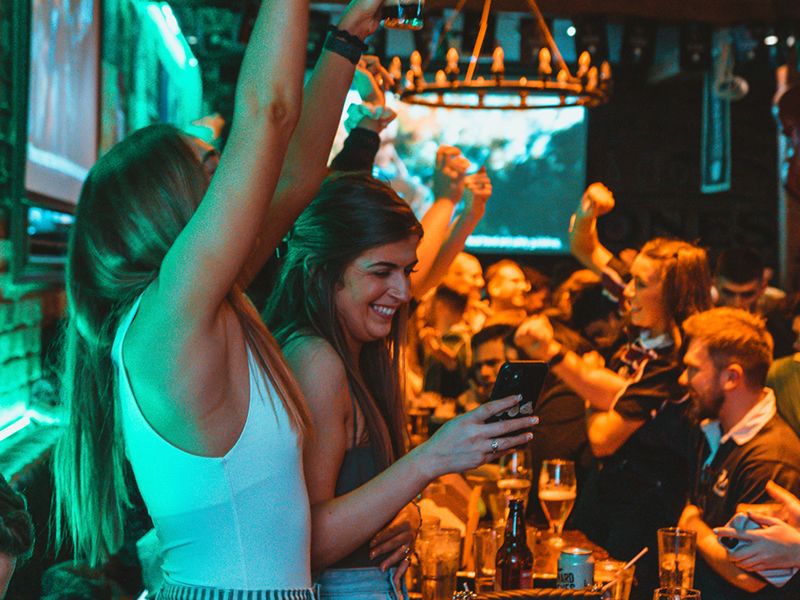 The event will include Liverpool themed food and drinks deals, Liverpool FC giveaways and prizes, a specially selected Liverpool FC playlist before and after the game for fans to sing along to and live music from 10:30pm ‘til late!

The final, in which Liverpool will take on Real Madrid for the title, kicks off at 8pm, but the fan zone event at Malones will begin well in advance to build up the atmosphere and excitement. Liverpool FC songs will begin playing in the pub at 5pm and drinks deals on Liverpool lager, vodka and gin will give fans the chance to get hyped up for the game which will be shown live on the pub’s massive 4K ultra HD screens.

For the past 4 years, Malones has been the official home of Edinburgh’s Liverpool supporters club the Auld Reekie Reds. As a result, the lively pub hosted the Champions League Trophy when it was won by Liverpool in 2019, alongside a Q&A event with Liverpool legends Jason McAteer and Phil Babb. Malones is known for live music as well as sports, and have previously hosted incredible Liverpudlian singer Jamie Webster at the venue fresh from Liverpool BOSS Night to celebrate Liverpool FC. The fan zone event for this year’s UEFA Champions League final will also be followed by some incredible live music, so fans can celebrate and let go of their nervous energy at the after-party no matter the result. Drinks deals, giveaways and Liverpool themed fun will continue long into the night!

Malones is open 11am-1am on Saturday 28th May with the Champions League final fan zone event beginning at 5pm. As the official Liverpool supporter’s venue, the event is sure to be packed with Liverpool fans and spread across both floors of the pub, making for an incredible atmosphere for the final between Liverpool and Real Madrid, which kicks off at 8pm. Groups of 10+ can book a table for the entire evening from 5pm by emailing edinburgh@malonesirishbars.com. Otherwise, the event will be walk-ins only.

Gareth J Bale stars in this multi award-winning one-man show exploring the life and times of one of Wales' most loved sons, Ray Gravell.
Read more

Join former England international and true giant of the game Martin Bayfield at the Festival Theatre as he embarks on his ‘Rugby Legends’ UK tour.
Read more

After a year away from the front line, ITV’s Tour de France commentator Ned Boulting returns with a fresh assault on our cycling senses. Catch him at The Queen's Hall on 13th November!
Read more