Our second annual Rebellious Truth talk in collaboration with Celtic & Scottish Studies at the University of Edinburgh is by harper, composer, researcher and sound artist Úna Monaghan. 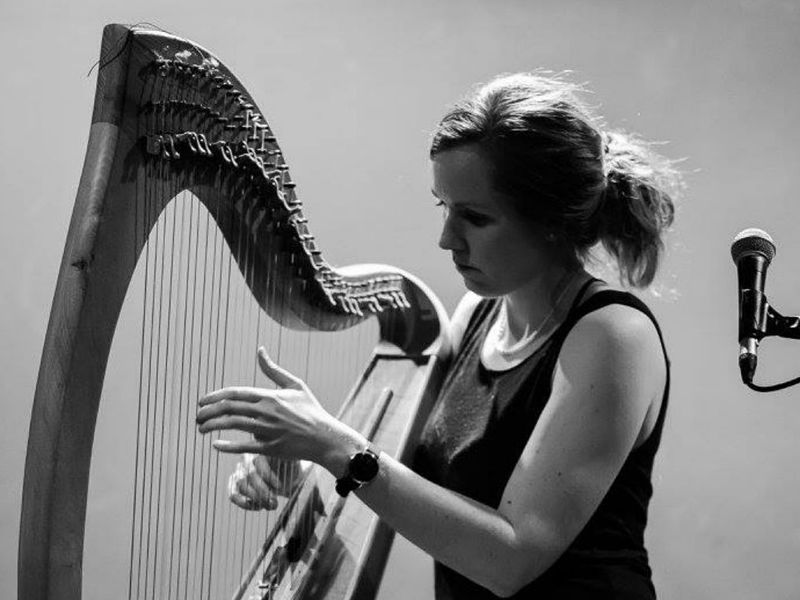 Dr Úna Monaghan’s article ‘121 Stories: The impact of gender on participation in Irish traditional music’ was published in the journal Ethnomusicology Ireland in 2021. Her research demonstrates that the mechanisms and structures of the Irish traditional music scene continue to privilege the contribution of men.

We hope to discuss what the next steps might be and what, if anything, is beginning to change in Ireland and Scotland, since the 121 anonymous responses were received in 2018.

Úna Monaghan is a harper, composer, researcher and sound artist from Belfast. Her recent work has combined traditional music with bronze sculpture, sound art and movement sensors. Her compositions have been presented on BBC and RTÉ television and radio, and in theatre productions, festivals and conferences internationally. She performs with harp and computer, and released an album of her compositions for Irish harp and electronics, named “For” in 2018.

Úna has held artist residencies at the Centre Culturel Irlandais Paris, the Institute for the Public Life of Arts and Ideas Montréal, and the Future Music Lab at the Atlantic Music Festival, Maine, USA. Úna also works as a sound engineer specialising in Irish traditional music, and experimental, live electronic and multichannel music, a role in which she travels worldwide.

Úna gained a PhD from the Sonic Arts Research Centre at Queen’s University Belfast in 2015 and held the Rosamund Harding Research Fellowship in Music at Newnham College, University of Cambridge from 2016-2019. Her research examines the intersections between Irish traditional music, experimental music practices, improvisation and interactive technologies. In 2019 she received the inaugural Liam O’Flynn Award from the Arts Council of Ireland and the National Concert Hall, Dublin.

Other Events at Traverse Theatre or Edinburgh TradFest

How far will a politician go? Bold, satirical and uncomfortably funny, Exodus explores systematic deception and the indifference to human suffering.
Read more