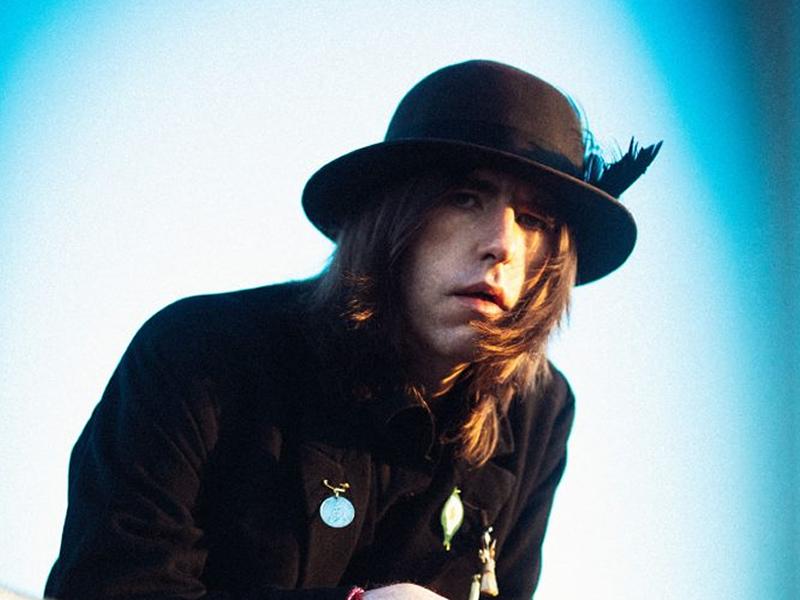 The way to beat fundamentalism is to find yourself interred at a fundamentalist drug rehabilitation facility for eighteen months as a teenager. “I was only on pills for half as long,” says John Murry about the pharmaceutical speed he was given as a “slow” student at his Mississippi high school. “They gave me the pills and then they locked me up when I took them. I trafficked in righteous indignation when they let me out, but god damn it, it turned out they were right.” Years later, dead from heroin, San Francisco’s first responders showed him how Lazarus felt. A few times. Not born again, but not dead either.

John Murry began recording The Graceless Age (produced by Murry, Tim Mooney, and Kevin Cubbins) four years ago in San Francisco. From there, he brought the tapes to Memphis and back again, adding layers of sound as thick as, what? San Francisco fog? Mississippi mud? No. That’s fucking ridiculous. As John Murry says, “No matter how many fuzz pedals I use, no matter how many synths, they’re always going to say ‘Mississippi’ and ‘southern rock.’” Of course territory figures into the songs of The Graceless Age, but good luck pigeonholing.

It’s a big sound at times – backup singers, panoramic guitar noise, sweet piano melodies, an orchestra of strings, bells, horns… – but no matter how ethereal or expansive, at the heart of each song is something simple maybe written on an acoustic guitar or upright piano about loss and solitude and bad fucking-up, not always with a guilty conscience. Listen to “California” with its mechanical loops over a constant, hypnotic guitar line. It’s pretty. It’s also easy to imagine riding alone over the Bay Bridge from San Francisco to Oakland, generally disgusted with the scenery, as though it’s the scenery’s fault. Listen to “Little Colored Balloons” – sparse with piano, cello, mournful backup singing, and John Murry’s hoarse voice protesting too much. Drugs, bad choices, melody and countermelody.

John Murry knows what it sounds like to be Elvis, alone in Memphis, bloated with pills and mistakes, about to hit the floor. There’s a gospel choir and backwards guitar.

The Fringe's shadiest late-night strip joint is back and we have missed you! Join the illicit crew as they welcome audiences back for a show that is rude, crude and nude!
Read more

Join Cameron Gibson on a journey of discovery through influence, thought and imagination as he uses his unique skills of mind-reading, psychology, mystery and magic to demonstrate extraordinary feats.
Read more

The Prince of Dark Comedy returns to Edinburgh with his new show, accompanied by his singing dictators The Iraq Pack and a cast of mind-blowing acts.
Read more

Join Glasgow’s very own GlasVegas Showgirl Roxy Stardust, fresh from her explosive tour of the Isle of Mingulay, as she presents an hour of burlesque performance.
Read more

Legendary Brazilian jazz-funk trio Azymuth announce their long awaited return to Europe in 2022 and have a date at The Voodoo Rooms on Monday 3rd October.
Read more

It’s been five long years since Daddy Long Legs were last at the Voodoo Rooms but now they are back on Thursday 13th October!
Read more

The Bellrays call their music 'Maximum Rock & Soul', which is as much a description of the heart that goes into their music as it is the music itself. Catch them at The Voodoo Rooms on 31st October!
Read more

GA-20 clearly is on to something big. The dynamic, throwback blues trio are disciples of the place where traditional blues, country and rock ‘n’ roll intersect.
Read more

To mark the release of The Little Kicks new album "People Need Love", the band will play the album in its entirety with a live String quartet and special guest support.
Read more

Michael Head & The Red Elastic Band are on tour this winter with a date at The Voodoo Rooms on 6th December.
Read more

Legendary Brit-Funkers, The Blockheads, will be performing a large selection of their classic songs spanning over 5 decades at The Voodoo Rooms on Friday 24th February!
Read more