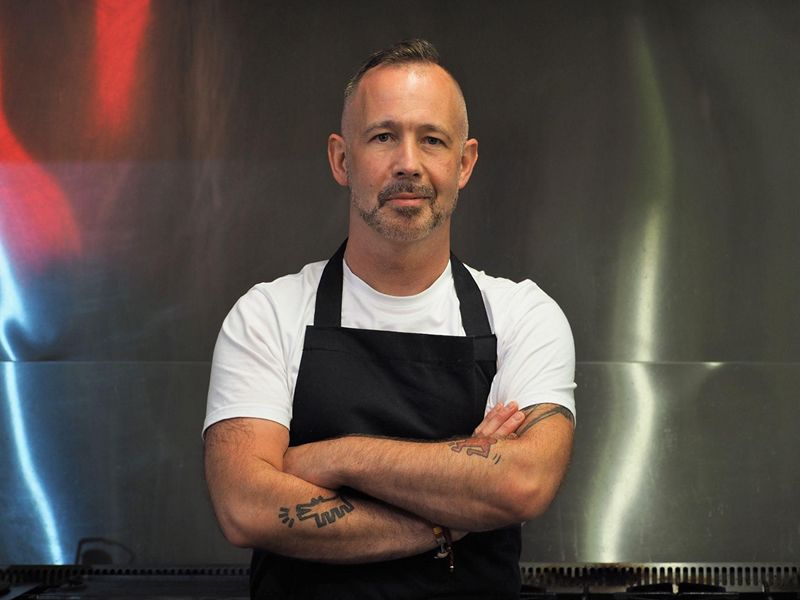 Connect Music Festival kicks off August 26 - 28th, uniting some of the most influential and pioneering names in music, culture, and comedy from around the world with the very best in Scotland’s homegrown heroes.

Connect is delighted to introduce Chef Barry Bryson as an addition to this year’s acclaimed line-up. Fans can enjoy the exclusive Chef’s Table as Chef Barry amazes diners with his delightfully unique blend of traditional local cuisine and zany, bold flavours. Don’t miss it at the Royal Highland Centre Showground in August 2022.

WELCOME TO THE CHEF’S TABLE, PLEASE TAKE A SEAT

Join us across two days (Saturday 27th & Sunday 28th) at the Connect festival site and indulge in some culinary delights, courtesy of superstar Chef Barry Bryson. Barry, a multi-award-winning culinary connoisseur claimed ‘Events Chef of the Year’ at the CIS Excellence Awards in 2021. An international traveller, he regularly travels the globe, working in Chamonix and Palma, where he held a 9-day sold-out pop-up dining experience to acclaim and buzz.

His latest project, Chef’s Table with Barry Fish, arrives to Connect Festival at Edinburgh’s Royal Highland Centre this August. A unique pop-up experience, it is an exciting opportunity to sample the best in Scottish cuisine. From apple smoked sea trout paired with a delightful oyster mayonnaise and pickled radish, to fishcake, beurre blanc and fried capers - there is something tasty for everyone and more. Those with a sweet tooth will be treated to some locally produced Scottish strawberries, sprinkled with szechuan spice and milk chocolate.

Go that extra mile to make your day special and pair your delicious meal with some expertly crafted wine. With only one sitting per day 1pm-3pm for 60 foodies, it will no doubt be a sell-out event that Connect revellers will be talking about for a long time to come. Tickets must be purchased in advance and you must already have a ticket for Connect – tickets can be snapped up here.

Chef Barry is ecstatic to be bringing his unique and fiery brand of Scottish cuisine to Connect saying: “I’m truly excited to be partnering with Connect festival. My business may have evolved over the years but it has always been collaborative with the arts and as a music lover, this is a really exciting partnership. Barry Fish is a new brand for me and so it’s an exciting opportunity to work with Connect, who have such a great identity and scale of audience. Guests can expect a focus on flavour, season, and locality of great produce!”

Motivated and inspired by Scotland’s natural larder and seafood, Chef Barry has an innate ability to create seasonal menus that combine traditional yet contemporary cooking techniques. Bryson intricately and masterfully takes restaurant concepts and fine dining to an event level, showcasing modern Scottish food in a variety of unique venues and event spaces across Scotland, the UK, and the world. His special appearance at Connect is not to be missed.