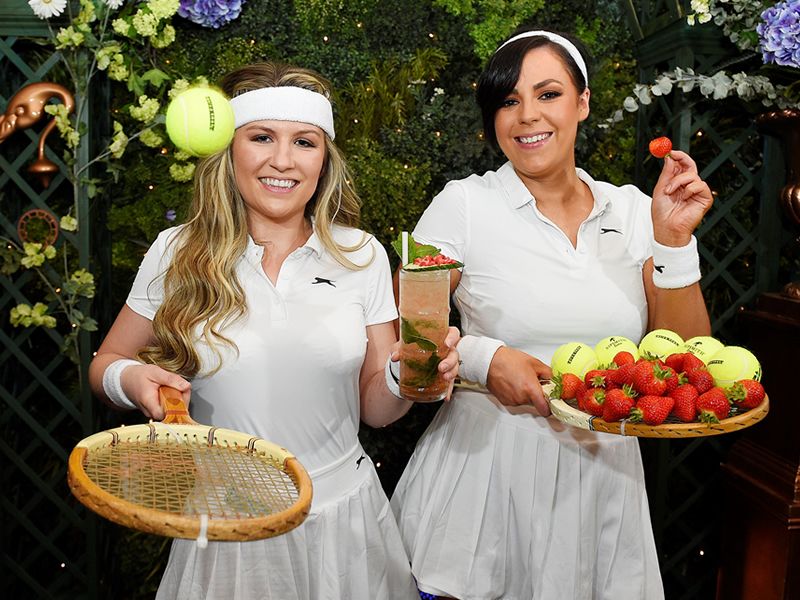 From June 27th and throughout the Summer, popular George Street venue, Tigerlily will play host to Sipsmith’s Wimbledon Garden. Sipsmith is the official Gin Partner of Wimbledon 2022 and their pop-up at Tigerlily is the official and only one in Scotland where customers can enjoy a limited edition, tennis inspired cocktail menu and afternoon tea.

The pop-up, which is located in the beautiful ‘Green Room’ will be decorated in abundance by Edinburgh based florist, Wild Flowers. Complete with fresh hydrangeas, allium, viburnum and daisies to create a stunning and fragrant indoor British summer garden; the installation is the largest to date to be created in Tigerlily with over 1,000 stems of flowers and foliage used in total. Already proving popular, the installation has been filmed by a production company for a show that’s been picked up by a UK broadcaster and is due to hit screens later this year.

Until then, Tigerlily welcomes guests to enjoy the Sipsmith Wimbledon Garden first hand. Sit amongst the tumbling flowers and foliage whilst sipping on, and watching, perfect serves on a large-scale screen or snap a selfie on the Sipsmith swing in the equally gorgeous Tigerlily foyer.

Managing Director of the Montpeliers Group, Innes Bolt comments, “we’re proud to be collaborating with the official gin partner of Wimbledon 2022 to bring the official and only Scottish Sipsmith Wimbledon Garden to Tigerlily. We’re excited to offer a unique and fun experience to our customers, tying in the buzz and atmosphere of Wimbledon.”

Sipsmith added, “We are absolutely delighted with the opportunity of working with Tigerlily. Tigerlily has become our flagship garden outside of London, ensuring that we are bringing the Wimbledon love up to the north. The drinks are simply delicious and the activation itself is absolutely stunning – tapping into a quintessentially British garden look and feel, every corner of this takeover is so instagrammable!”

Customers can complete their visit to the Wimbledon Garden by opting to sample Tigerlily’s renowned Afternoon Tea. Included in the limited edition menu will be a savoury selection of honey roast ham with Arran mustard and tomato on wholemeal, smoked Scottish salmon, cucumber and cream cheese on white as well as a caramelised red onion and goats cheese quiche amongst other tasty treats. For those with a sweet tooth, there is a selection of delectable bites like a strawberries and cream cupcake, black forest brownie gateaux and a lemon meringue tart to name but a few.

Open until mid-September, the Sipsmith Garden at Tigerlily will be sure to transport visitors to the atmosphere and thrill of centre court all summer long.

Image: Ashley and Tara; two of the Tigerlily team.