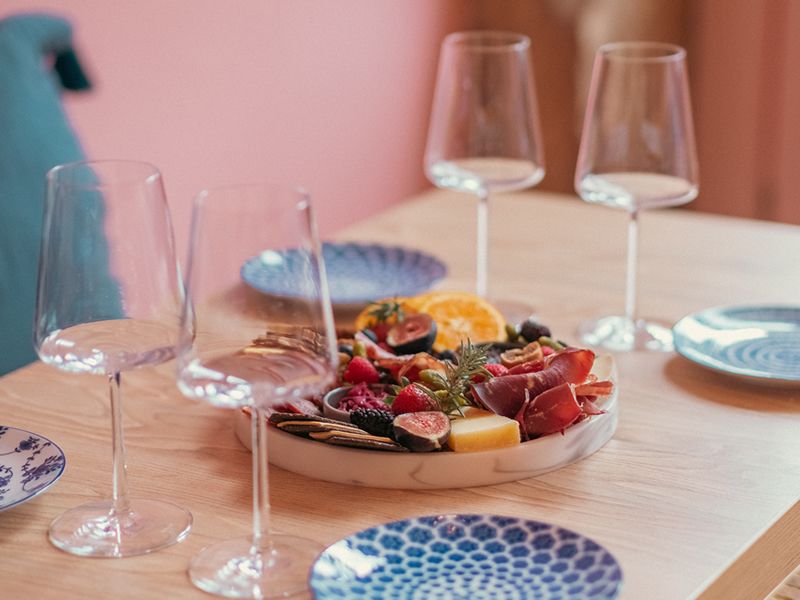 A Wee Taste, located at 36 Leven Street between Tollcross and Bruntsfield, is the first permanent residence for Karly Zagorac and is a continuation of her first venture, ‘A Wee Taste of Edinburgh’ food and drink tours which launched in 2019.

Those with a sweet tooth are also catered for, as colourful dessert boards of freshly baked goodies like brownies, blondies, traybakes and fresh fruit are also available, courtesy of Livingston-based ‘Baked by Pippa’.

Over time, the 26-cover venue will play host to wine, whisky and gin tasting events, as well as ‘build a platter’ workshops, and will be available to hire for private events with A Wee Taste also offering external catering services.

Edinburgh-based Drinkmonger will be providing a range of local beverages for guests to enjoy, including Leith’s Pilot Beer, gin from the Secret Herb Garden, and there will also be a curated wine list, the perfect accompaniment to delicious grazing boards.

Having launched the food and drink tours pre-pandemic as a weekend side project to her day job as a history teacher, Edinburgh local Karly forged strong relationships with some of Scotland’s most prominent producers and suppliers, many of which she is proud to serve on A Wee Taste’s menu.

Commenting on her new venture, Karly said: “This business really began with my own passion for the producers and suppliers on our doorstep here in Edinburgh. We saw huge potential with the tours and they were beginning to really take off with tourists and locals alike just before Covid hit.

“Thankfully, being a teacher by trade, I was able to continue working and planning for what was to come next, and I am so delighted to now be making a permanent home in Edinburgh for our wee business.

“Being very aesthetically pleasing, with lots of texture and colour, the grazing board concept has become so popular recently, and we’re tapping into that trend with our own little spin. Our boards are a full meal, rather than being a light nibble. With sweet and savoury choices, as well as vegetarian and vegan options, all tastes are catered for. Plus, we have painted the outside of the venue pink, so it’s impossible to miss!

“Our wine supplier, Wine Importers, and most importantly, Elise, our rep, is brilliant and knows everything there is to know about vino – she has been by my side since the beginning and has seen the project grow over time. We have come up with a stellar list of wines which we think guests will love.

“We hope that over time, the tours will be brought back and perhaps they will finish at A Wee Taste with a nice glass of wine and delicious local treats. For now, we are so excited to welcome guests to our new spot in Bruntsfield and can’t wait to throw open our doors.”

A Wee Taste will open from Tuesday to Sunday, 12:30pm to 10pm, and bookings are now live via the website.

To book or for more information, visit: https://aweetaste.co.uk/
Facebook: www.facebook.com/aweetasteofedinburgh