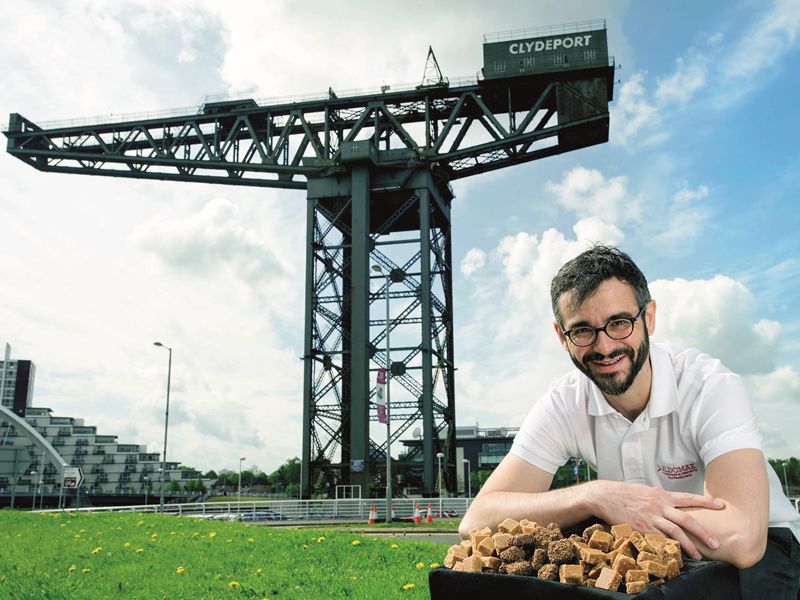 Visitors to the value supermarket’s marquee will be able to sample some of Glasgow’s exceptional produce from local suppliers, Aldomak and Marine Products.

Marking the return of the Royal Highland Show after a two-year hiatus, there will be an exceptional selection to choose from.

Hungry visitors will have the chance to sample a range of products from 22 Scottish suppliers at this year’s Royal Highland Show which is celebrating 200 years of the event which showcases the best of Scotland’s food, farming, and rural life.

The popular budget retailer, which was named the UK’s Cheapest Supermarket in 2021 by Which?, is renowned for its relationship with Scottish suppliers and championing of local produce. Aldi Scotland currently works with over 90 local suppliers, stocking 450 Scottish products, and is constantly on the lookout to bring more of Scotland’s vibrant food and drink industry to its 102 Scottish stores.

Ian Lonsdale, from Marine Products (Scotland) Ltd, which has been supplying Aldi in Scotland since 2016, commented: “We have been working in partnership with Aldi Scotland for many years. We share a belief that locally sourced Scottish produce is second to none, and should be celebrated as such. We are looking forward to another year together at The Royal Highland Show, bringing a taste of Glasgow’s thriving food scene to the global stage.”

Dario Riccomini, Managing Director at Aldomak Ltd, said: “It’s brilliant being able to get back out and shout about the unrivalled larder we have here in Scotland alongside other producers and advocates for our country’s food and drink sector. Aldi has been a great support to us over the years, and as a family run Glaswegian business, the knowledge their buying team has of our sector and produce makes all the difference, allowing us to focus on making the best confectionery in the country.”

Graham Nicolson, Group Buying Director, Aldi Scotland, said: “The Royal Highland Show is a huge event in the Aldi Scotland calendar and one that we have really missed over the past couple of years. Everyone is looking forward to returning this year and celebrating the very best produce that Scotland has to offer.

“At Aldi Scotland, we are incredibly proud, and grateful, of the strong relationships we have developed with our Scottish suppliers over the years which allow us to consistently provide exceptionally high quality products at everyday low prices.

“We will be showcasing business from across Scotland, and Aldomak and Marine Products are just some of the wonderful businesses we work with in Glasgow alone. We look forward to welcoming back visitors to our marquee to enjoy the chance to sample a wide range of sweet and savoury products at this year’s Royal Highland Show.”