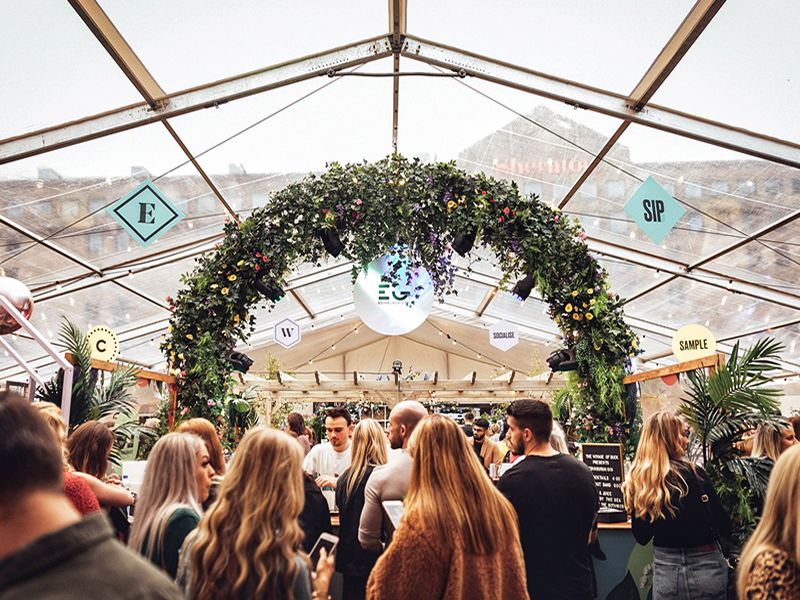 Taking place from 7th-16th of October, wristband holders can take advantage of exclusive £5 Signature Cocktails at 120 of Edinburgh’s trendiest venues, popular speakeasys, neighbourhood pubs and some of the coolest joints on the east coast.

With music an ever increasingly popular feature of Edinburgh Cocktail Week, organisers are putting a focus on live music this year, with the Cocktail Village at Festival Square welcoming an exciting line-up of headline acts for attendees to sing their heart out to while sipping on cocktails from 20 pop-up bars. Kicking things off is sea shanty-singing TikTok sensation, Nathan Evans who will take to the stage on Friday the 7th of October. Chart topping Nathan’s single The Wellerman shot to number-one in the UK Singles Chart in 2021 and has racked up over 500 million streams. Edinburgh-born Callum Beattie, who is due to play at TRNSMT this summer and was recently named number-one Album in The Official Scottish Album Charts, will return to his roots and take to the stage on Monday 10th October followed by Swedish rising pop star, Lilly Ahlberg on Tuesday the 11th October who has already amassed a staggering 50 million streams. TikTok’s newest Scottish singer will also be making an appearance in the Cocktail Village, Calum Bowie has accumulated an amazing 6.1M likes singing from his window to the streets of Edinburgh and recently released a song dedicated to appreciating the city’s small details, called ‘Listen To Your City’, he will perform on the 13th of October. There will be live music at the Cocktail Village every day from 2pm, with headline acts supported by local upcoming bands and popular DJs.

“We’re thrilled to be returning for our fifth year this Autumn. We are always warmly welcomed by the local bar community and it’s great to see new and more bars taking part than ever before.

It’s important that we continue to develop our festival year-on-year and continue to offer our visitors a memorable and unique visit at Edinburgh Cocktail Week. With music such a popular element of the Cocktail Village, we’re excited to welcome headline acts to the Music Stage this year that we’re sure will get everyone dancing and singing along.

We are also introducing other new elements to this year’s festival, with exciting new pop-ups, spaces and experiences in the Cocktail Village, and our most diverse programme of events happening across the city. All will be revealed in due course.”

Wristbands are on sale now and can be bought at www.edinburghcocktailweek.co.uk

Wristband options for 2022 are: