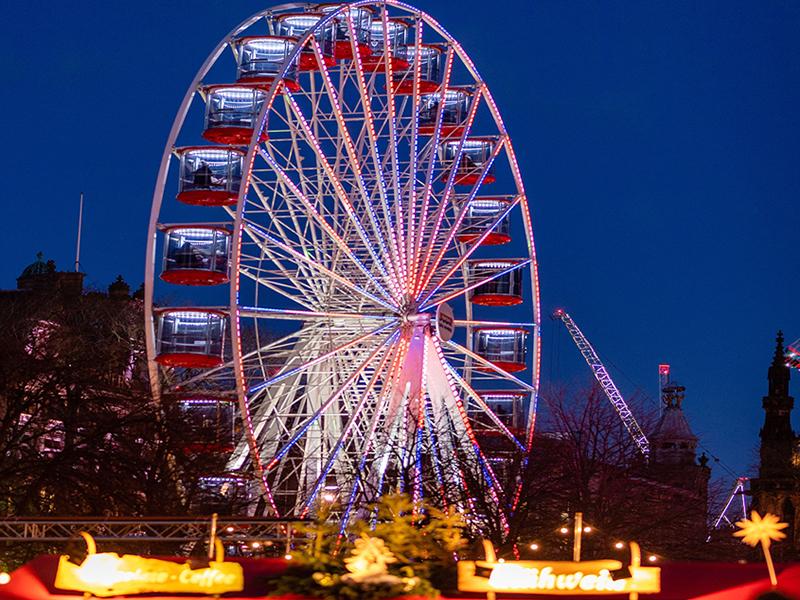 21 September: Underbelly, the producers of Edinburgh’s Christmas on behalf of the City of Edinburgh Council, have officially submitted planning applications for the Capital’s 2021 Winter Festival.

This year, 62 trading stalls and four attractions will pop up in East Princes Street Gardens. The Big Wheel, which has become a firm favourite in Edinburgh’s festive skyline, will also make an appearance in the east end of the city. Additionally, at the west end, revellers can expect to see a further 15 stall concessions and 11 attractions including the Christmas Tree Maze and a Santa's Grotto.

For the first time since 2018, Underbelly is seeking permission to reinstate a firm favourite to the Christmas programme, an ice rink. The magical ice rink will have a brand-new location at the westerly end of George Street between Charlotte Square and Castle Street.

Underbelly is meticulously planning Edinburgh’s Christmas with Covid-19 in mind and is dedicated to creating a safe and fun environment for the 2021 Christmas celebrations. Working closely with the City of Edinburgh Council and Essential Edinburgh, Underbelly has taken on board feedback from previous years to create an unmissable festive programme. Boosting domestic tourism and reinvigorating Princes Street and the surrounding areas, Edinburgh’s Christmas is designed to support economic recovery in the city centre, driving footfall to the wider city centre area, and to bring some much needed cheer and happiness to both residents and visitors to Edinburgh.

Underbelly Co-Directors, Charlie Wood and Ed Bartlam said: “The Underbelly team has been working tirelessly to create a bespoke Edinburgh’s Christmas programme that not only provides unforgettable memories and experiences, but also makes visitors feel safe and at ease at all times.

“It’s been a very challenging couple of years for everyone but our proposed plans for Christmas are designed not only to support economic recovery in the city centre, driving footfall to both the East and the West end of the City, but to also bring some much needed cheer and happiness to both residents and visitors.”