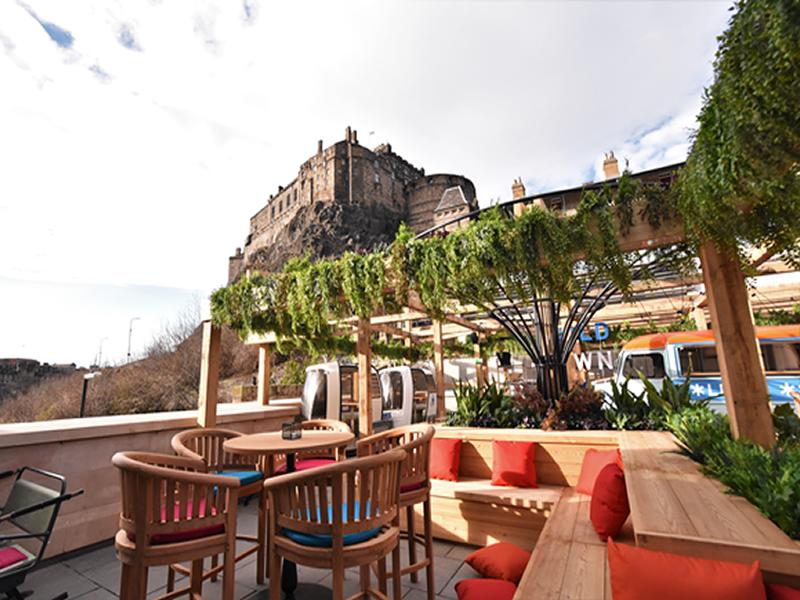 As staycations replace foreign travel for most travellers this summer, Edinburgh looks set to be the UK’s ultimate city staycation destination with these mouth-watering new foodie experiences launching from July.

Whether it’s the flamboyant flair of Latin America, a modern take on a classic Italian, or raising a glass to Scotland’s new microbrewery tours, Edinburgh’s got you covered with the opening of this delicious collection of new restaurants, bars and tours.

Each venue is part of the ‘Taste Edinburgh’ campaign, which is bringing together some of the biggest names in Scottish hospitality to help promote Edinburgh’s leading independent restaurants, bars and hotels.

The campaign is being backed by James Thomson (iconic 5-star Prestonfield Hotel and The Witchery by the Castle); Nic Wood from The Signature Group (includes Cold Townhouse in The Grassmarket); Stefano Pieraccini (Rico’s Ristorante on North Castle Street, The Broughton on Broughton Street and The West Room on Queensferry Street); as well as Mike Lynch and Scott Wyse from Superico Restaurant (83 Hanover Street) and Superico Bar & Lounge (99 Hanover Street).

After a catastrophic year for the hospitality industry, the ‘Taste Edinburgh’ campaign is encouraging people to support the capital’s new and well-loved and family-run restaurants, bars and hotels when they need it most.

One of Scotland’s most successful young restauranteurs has launched an exciting new destination restaurant in Edinburgh’s New Town. The new 56-cover restaurant and 20-cover bar is situated on the former site of The Honours, which was previously owned by Michelin Star Chef Martin Wishart for 11 years. Named after his grandfather Enrico Pieraccini, Rico’s is the latest addition to Stefano’s growing portfolio of restaurants known as the Rocca Group, which includes The Broughton on Edinburgh’s Broughton Street and The Seafood Ristorante in St Andrews.

Open for lunch and dinner five days a week from Wednesday to Sunday, Rico’s aims to attract city centre workers and the New Town community as well as visitors to the city with focus on top quality and authentic Italian dishes made with the finest, locally-sourced Scottish ingredients, including fresh pasta made onsite daily.

The bar will be open to non-diners until around midnight as soon as all Covid restrictions have been lifted, offering an extensive cocktail menu and award-winning wine list be supplied by Antinori; one of the most well-known names in Italian winemaking with a history that dates back almost 600 years.
www.ricosristorante.co.uk

Rico’s Pasta Bar by the Rocca Group is an exciting new concept restaurant within the Bonnie & Wild Scottish Marketplace; Edinburgh’s first ever foodhall at the newly launched St James Quarter.

The pasta bar is the latest addition to the Rocca Group’s portfolio, which also includes The West Room and The Broughton, both favourites with Edinburgh locals for stylish drinks and delicious plates made with Italian flare.

Building on the high standards he grew up with, owner Stefano Pieraccini and his team combine an eye for new trends with an unwavering commitment to quality. Rico’s and Rico’s Pasta Bar have their own unique character and stand-out style, connected by a shared passion for the very best food and drink, professional service and bringing Italian traditions to the modern day.

Previous winner of ‘Pasta Chef of the Year’ in 2019, Chef Francesco Ascrizzi (or ‘Frank’ as he is more affectionately known) has created some of the freshest pasta dishes which are handmade daily with locally sourced Scottish ingredients of the highest quality. The menu consists of six dishes, with a daily filled pasta special dish and side options. Diners can choose from favourites like ‘aglio e olio’, rigatoni with tomato and basil, as well as truffle arancini, spicy pork ragu with sedanini pasta and spaghetti with East Neuk crab and shellfish bisque.
www.ricosristorante.co.uk

A top Edinburgh chef who has cooked for some of the world’s biggest music stars, including Taylor Swift, Demi Lovato, Metalica and Dire Straits’ Mark Knopler, is now bringing his own brand of Latin flavour and style to the capital’s New Town. Chef Scott Wyse has teamed up with well-known Edinburgh mixologist, Mike Lynch and a team of five to manage the 40-cover Superico Restaurant and 180 capacity Superico Bar and Lounge at 99 Hanover Street. The style of Superico’s two new venues is influenced by the big, bold flavours of South America. Superico has also been shortlisted for the top ‘bar, Club & Lounge award at the Hospitality Design Awards in New York this September.
www.superico.com

A world-class Edinburgh mixologist has announced plans to launch the capital’s ‘best’ design-led cocktail bar on Hanover Street from Thursday 22nd July. Mike Lynch, 32, hopes to shake up Edinburgh’s bar scene with the opening of the 180 capacity Superico Bar and Lounge, which has already been shortlisted for the top ‘Bar, Club & Lounge’ accolade at the Hospitality Design Awards in New York this September.

The 19th-century Georgian building a former banking hall is a ‘fiesta for the eyes’, having been transformed into a Chilean-inspired, sun-drenched party palace by top Edinburgh-based design studio, JA!COCO! Superico Bar and Lounge now resembles a Tamara de Lempicka painting, with Art-Deco-style shapes and jewel-like colours, including turquoise and bright yellow. There’s even a huge globe feature light that gives the illusion. of a full moon.

Foodies, cocktail lovers and style gurus can look forward to a casual, but sophisticated venue to relax and socialise in the heart of the New Town. At Superico, Mike plans to focus on Aperitivo-style drinks with a section for spritzes and Martini’s served straight from the freezer, as well as speciality wines from around the world served by the glass. Signature cocktails at Superico Bar and Lounge will include Padron Martini, Yuzu Spritz and Passiflora.

Open Wednesday to Saturday from 4pm to 1am, Superico Bar and Lounge plans to launch live DJ sessions at weekends, including Edinburgh’s DJ Nasty P, who has supported Beyoncé.

Food lovers can also enjoy Superico Restaurant, which is located a few doors up from Superico Bar at 83 Hanover Street.
www.superico.com

One of Scotland’s leading independent breweries has opened its doors to the public for the first time with the launch of new guided group tours from summer 2021. Cold Town Brewery in Edinburgh’s Grassmarket is welcoming small groups of craft lager fans from around the country, who are now getting the chance to go behind the scenes at the iconic city-centre microbrewery, find out how Cold Town Beer is made, enjoy a masterclass tasting, and enjoy some of the best handmade pizza in town. Cold Town Brewery is housed within Cold Town House in Edinburgh’s Grassmarket, which includes a taproom and roof terrace with iconic views of Edinburgh Castle. As a working bar and microbrewery, visitors will be able to see how the microbrewery operates and follow the pipes from tank to tap. The brewing team will also be on hand to talk through the process and how they create their unique, recognisable flavours, with lots of time for questions and answers.
coldtownbeer.com