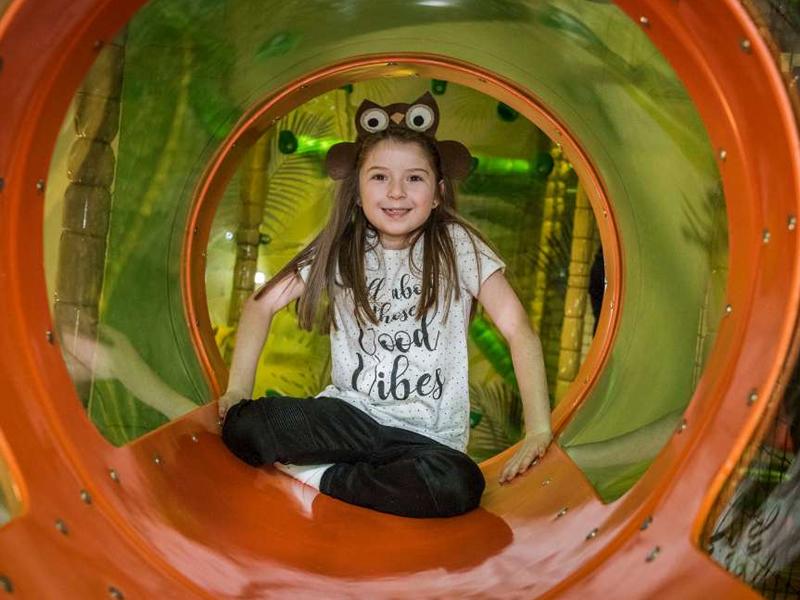 Edinburgh Leisure’s three soft play centres, Clambers at the Royal Commonwealth Pool, Scrambles at the EICA and Tumbles at Portobello will finally be reopening their doors to customers today, Monday, 19 July 2021. Bookings for members went live at 9pm on Tuesday, 13 July and for non-members on Wednesday, 14 July.

Claire Rusack, Leisure Manager at the Royal Commonwealth Pool and Clambers said: “It’s been such a long time coming after an extended lock-down, which meant that we weren’t able to open as originally planned on 7th June, but we’re delighted that we can finally welcome back our youngest of customers and their parents and carers to let off some steam.

“So, for anyone with little ones who need to burn off some energy, make sure you’re not disappointed by pre-booking in advance for any sessions you want to attend via the Edinburgh Leisure app or website. And if you think you might be a regular customer, you might want to consider buying one of our soft-play memberships.”

Due to COVID-19 restrictions Edinburgh Leisure has had to adapt their offering with pre-booking done via the Edinburgh Leisure app or website only for all visits, either 8 days in advance for members or 7 days for non-members. No parties or special events can be booked at this stage.

All three venues will follow the same daily opening times from 9.30am-5pm, Monday to Sunday, with five pre-bookable slots of 60-minutes each to accommodate deep cleaning between each. At the start of each month, the frames will be treated with a 30-day virus protection.

Adults will book a table for a maximum of six people, which will include adults, children, and babies. Adults can remove face coverings while seated at the table but will be required to wear them at all other times, especially when moving around the space. A café service will be available throughout all sessions. However, we are running a restricted menu at this time.

To adhere to Government guidelines, there will be no adults or staff allowed in the frames. However, adults can enter the frame to support a child with additional support needs. All adults entering the frame or walking around the soft play area must wear a face covering. Space in baby areas where adults are present, will be limited, due to physical distancing.

Currently, frame capacity has been reduced to 40% of normal operating capacity, and ball pools and modular items have been removed.

And for regular soft-play attendees, there is an option to buy a membership, offering great value.

A monthly membership costs £16.70 for one child; £28.00 for two children; £33.80 for three children; and £39.50 for four children, which can be used at any of the three Edinburgh Leisure soft play centres across the city.

The Edinburgh Leisure app can be downloaded from the Google and App stores.