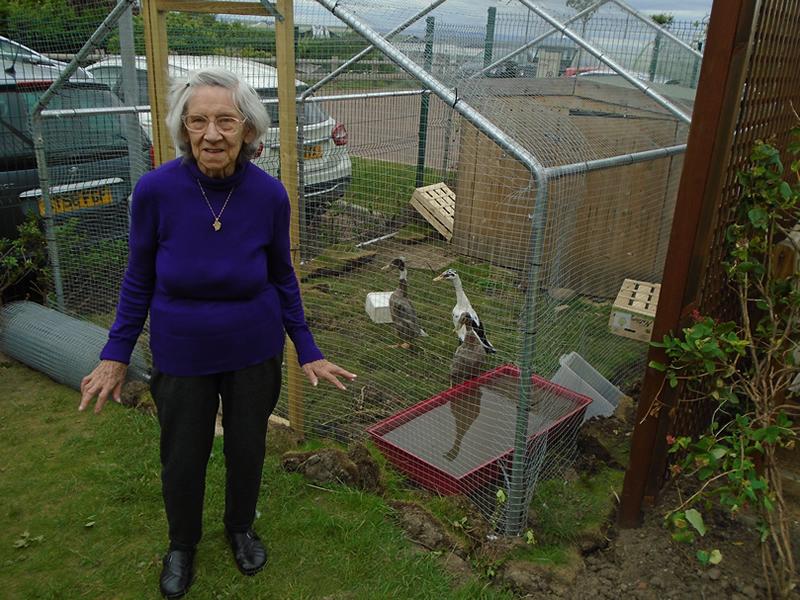 The Care UK team at Lauder Lodge, on Wakefield Avenue, organised for three duck eggs to arrive for residents to look after to celebrate the changing seasons.

The eggs were a hit with the residents as soon as they arrived at the care home, with everyone keen to ensure they didn’t miss them hatching.

On the day the eggs did hatch, there was much excitement with residents eager to meet the ducklings, and everyone was keen to witness their first ever swim.

The residents loved the ducklings so much that the original plan to hand them over to someone in the local community to look after was abandoned and the ducklings, affectionately named Huey, Dewey and Louie, are now permanent residents at Lauder Lodge.

The home has even built a permanent enclosure for the ducks in the garden.

Nicole Anderson, Home Manager at Lauder Lodge, said: “Everyone had a spring in their step after the eggs hatched here at Lauder Lodge. Having ducklings in the care home has created a lot of excitement among residents and team members alike.

“Petting animals and being in their company have proven therapeutic benefits for older people, particularly for those living with dementia, as it can reduce anxiety and release calming endorphins. You could see from the residents’ reactions just how engaged they were when given the opportunity to look after the eggs and get close to such lovely, fluffy ducklings once they hatched – it was wonderful to watch them take their first swim too.

“Although it wasn’t our original intention to keep the ducks, everyone certainly enjoys having them around – they have become part of our Lauder Lodge family!”

Lauder Lodge is a state-of-the-art care home which provides full-time residential, nursing and dementia care. Designed to enable residents to live enjoyable and fulfilling lives, the care home has its own café and hair salon, and there is plenty of space, both indoors and out, for relaxation and recreation.