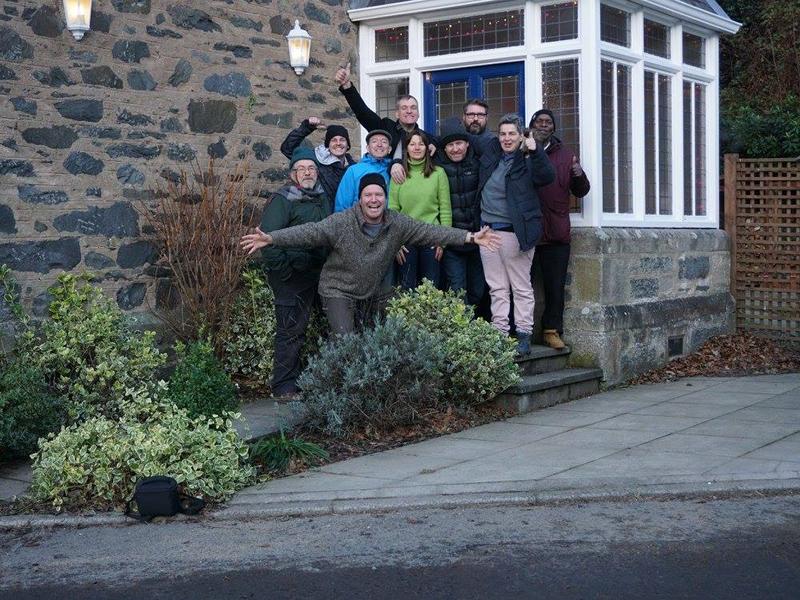 As we try to navigate tiers and cope with virtual gatherings, “Coorie in’ for Winter Tales” embraces all the warmth and spirit of Christmas – sharing, gathering and making memories.

The series will see a new 10-minute story released on a Thursday, in time for the weekend, with a special, free story for Hogmanay. Access to the five stories will be £15 via subscription on the Mercat website, and 50% of the ticket price will be donated to Mercat’s local community partner, Grassmarket Community Project.

Mercat has a longstanding friendship with the project, which has been providing homeless people with access to various aid and helpful services since 1982.

It’s with this in mind that people are urged to support such an important cause at this time of year, which has been further affected by COVID.

“Our famous tales are told by our award-winning storytellers and we hope that families, virtual gatherings and communities can enjoy these winter tales, together safely.

“We’re inviting everyone to ‘courie in’ with blankets, mince pie, dimmed lights, candles and a mulled wine, if you’re inclined.

“It means a lot that we can be thoughtful about others at this time of year, especially those who need our support such as our friends at GCP.”

Jonny Kinross, ceo, Grassmarket Community Project added: “We are delighted that Mercat Tours has chosen us, as the local Edinburgh charity and this financial support is needed now more than ever.

“We have supported over 250 of our most vulnerable this year through the pandemic and lockdowns. This has included people who are homeless, rough sleeping, the elderly, people with a disability or experiencing mental or physical health issues. Many of our members are the most isolated and excluded and COVID-19 has hit them worse than any other group in the city.

“Christmas is a particularly difficult time for those we support – when people face a deep sense of loneliness and loss of hope. Thanks to Mercat and its customer’s support, we will be able to reach out to people, offer practical support, kindness and hope at this most challenging time.”

Stories include:
● Who Was Johnny One-Arm? by Mark Clement
● Marriage, Infidelity & Romance in 1800's Edinburgh – by Lauren Mulvihill
● Des Brogan's Tale of the Blinking Corpse – by Des Brogan
● Tales Hidden in Edinburgh’s Graveyards; from Burn’s true love to the original Ebenezer Scrooge – by Frank McGrail

You can book your virtual “Coorie in’ for Winter Tales” via www.mercattours.com