The Leith Collective, right here in Edinburgh, is the UK’s first ever plastic-free shop of its kind. 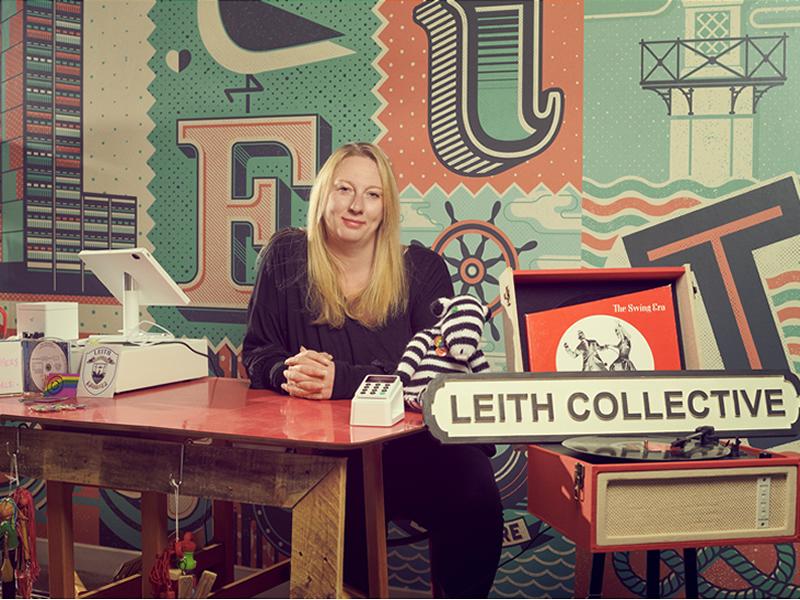 The UK’s first ever plastic-free shop of its kind, right here in Edinburgh

As far as New Year’s resolutions go, to become the UK’s first ever plastic-free shop of its kind is quite an ambitious one. But local business owner, Sara Thomson, is determined to kick off 2021 in the most environmentally friendly way possible, and she’s hoping other businesses will be inspired to follow suit.

Sara Thomson is the founder of The Leith Collective which showcases the work of more than 120 artists and makers from all over Scotland, brought together by a common aim to reuse, recycle, reclaim, and resell items that may otherwise have been destined for landfill. As of 1st January 2021, The Leith Collective will ban all new plastic in its Edinburgh store.

However, it is a task that has proved to be more difficult than first expected according to Sara; ‘There is plastic in so many everyday things – things you would never have imagined contain plastic; it can be incredibly deceptive. So we’ve had our work cut out for us researching and sourcing alternatives.’

From re-imagining their visual displays and finding upcycled and biodegradable packaging, right down to the finer details such as switching to non-plastic sticky tape and barcode stickers, they’ve thought of everything.

Describing how it all started, Sara explained; ‘The idea came to me during Lockdown. It was amazing going for a walk each day and seeing nature flourish untouched, right before my eyes. Then came the stark contrast, seeing just how quickly single-use masks and plastic gloves were being discarded on beaches and roadsides, causing untold damage. I couldn’t just sit back and do nothing, I had to take action.’

Sara’s biggest hope is that other businesses will learn from her example and adopt a similar approach. ‘It’s not easy to find accurate plastic usage statistics because generally businesses don’t want to broadcast the fact they have a huge plastic waste problem. However, we just hope our pledge to become a plastic-free shop inspires other businesses to think about their own environmental impact and what steps they too can take to minimise their effect on the world around us.’

With this in mind, The Leith Collective is inviting local business owners to visit their store or get in touch via phone, email or social media where Sara will be happy to pass on any information that might help them in their own quest to go green – from ideas on how to avoid plastic and reduce waste, to tips on where to find the best alternatives. Ultimately, Sara’s hope is that her New Year’s resolution inspires a new plastic ban revolution.