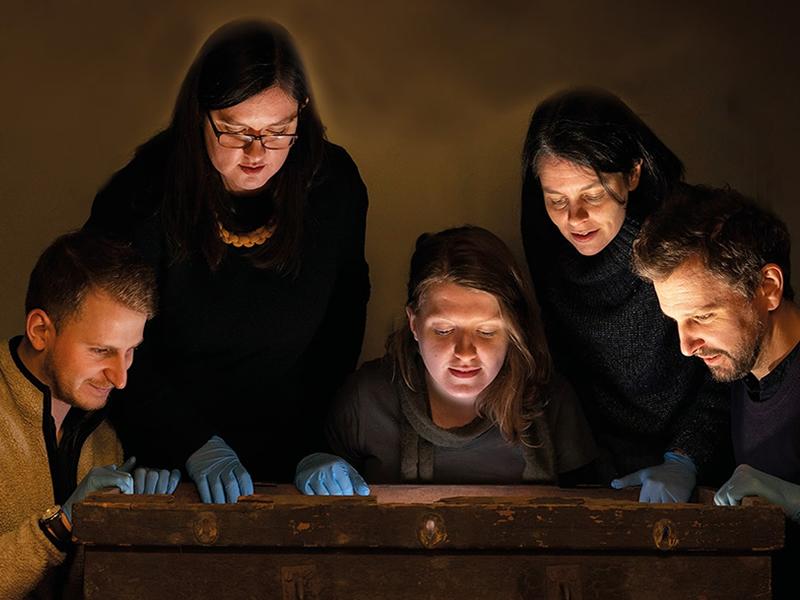 Over the course of three years, the ambitious project will see the recording and cataloguing of the collection of over 200,000 objects which are housed in stores and venues across the City, in preparation for a move to a new store where those objects can be safely stored and effectively managed.

Auld Reekie Retold isn’t solely based on collection management. It will also connect objects in the collection, which has been growing steadily since the 1870’s, with people and places in the City, uncovering new stories from Edinburgh and its residents. The project will harness that public and professional knowledge about objects in the collection to share it with visitors, both in person at the museums and digitally throughout the project. That gathered knowledge and data will also be used to develop exhibitions and displays in the future – with all work designed to consolidate Museums & Galleries Edinburgh’s position as a leading Scottish cultural institution and to help better serve the people of Edinburgh and visitors from across the world.

Earlier this year, Museums & Galleries Edinburgh stood in solidarity with the #BlackLivesMatter movement and pledged to play an active role in standing up to racism. Auld Reekie Retold is an important opportunity for greater understanding of the origins of the collections and the way they have been catalogued. Throughout the lifecycle of the project, the impact of Colonialism will be highlighted, seeking to educate and bring new perspectives and hidden stories to light. Future phases of the project will involve working with diverse communities across Edinburgh to record objects in new ways that better reflect today’s world.

Permanent museum staff have been joined for the project by three dedicated Collections Assistants whose work focuses on matching objects with any existing records, updating the information currently held and carrying out research. Prior to Covid-19 restrictions being in place, work was underway in object stores across the city and although some of this work is now paused, team members are very much continuing to work through digital records.

Museums & Galleries Edinburgh’s collections belong to the City, and Auld Reekie Retold aims to give every citizen of Edinburgh a sense of ownership of and connection to its objects and their stories as the organisation moves into a new dynamic phase of museums development with people, past and present at its heart.