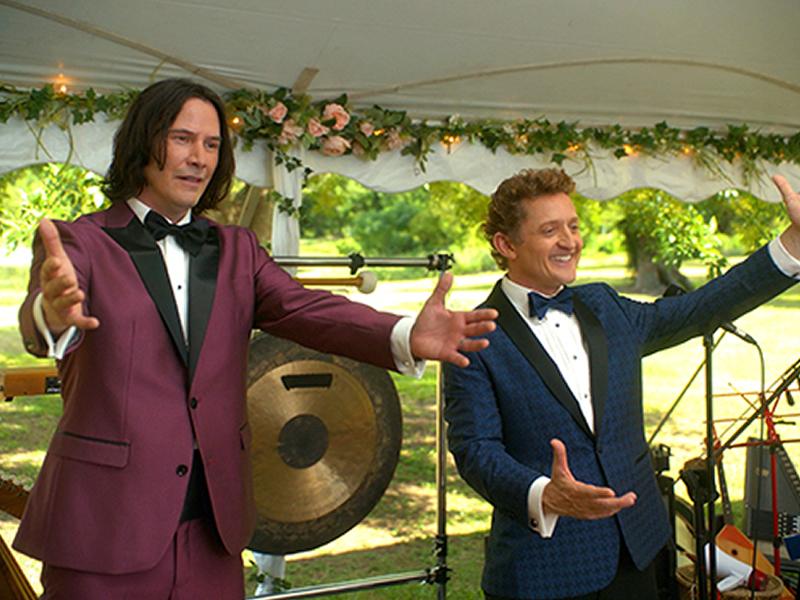 It’s finally happening – Alex Winter and Keanu Reeves are returning to their iconic roles of William "Bill" S. Preston Esq. and Theodore "Ted" Logan, as their time-travelling exploits continue. Two would-be rockers from San Dimas, California, now find themselves as family men yet to fulfil their rock and roll destiny. When the middle-aged dads are warned by a visit from the future that time is running out, they embark on an adventure to create a song that can save life as we know it.

Directed by Dean Parisot with returning franchise writers Chris Matheson and Ed Solomon, Bill and Ted Face the Music continues to track their time time-travelling quest. Along the way, Bill and Ted’s daughters, and a new batch of historical figures, come to their aid, as well as a few musical legends on a comedic journey to hunt the song to bring harmony to the universe.

And in addition to this highly awaited release, Vue Edinburgh Ocean and Vue Edinburgh Omni are also continuing to put much-loved content back on the back screen, where it belongs. From family treasures to fan favourites, and cinematic classics to the works of iconic filmmakers, there are listings old and new to cater to all tastes.

Eduardo Leal, Head of Screen Content at Vue Entertainment, said: “As the home of big screen entertainment, we’re thrilled to be welcoming Bill and Ted back to the big screen in this long awaited sequel, and we know fans won’t be disappointed.

“It has been great to see film fans in Edinburgh returning to the cinema and being reminded of the appeal of just switching off from the outside world and immersing themselves in great stories like that of Bill and Ted Face the Music, as they are supposed to be seen, on the big screen.”

Tickets are available now at myvue.com. For more information on the safety measures being implemented, customers can visit: www.myvue.com/stay-safe

Scotland’s national music prize, the Scottish Album of the Year (SAY) Award, is set to open voting to the public, plus the 2020’s Judging Panel is revealed.

The City of Edinburgh Council and event producers, Underbelly, have today announced that the focus will move to celebrating Edinburgh’s Christmas 2020 online.

Enjoy the unique atmosphere of Rosslyn Chapel by Candlelight and hear about its history in one of these special evening visits!