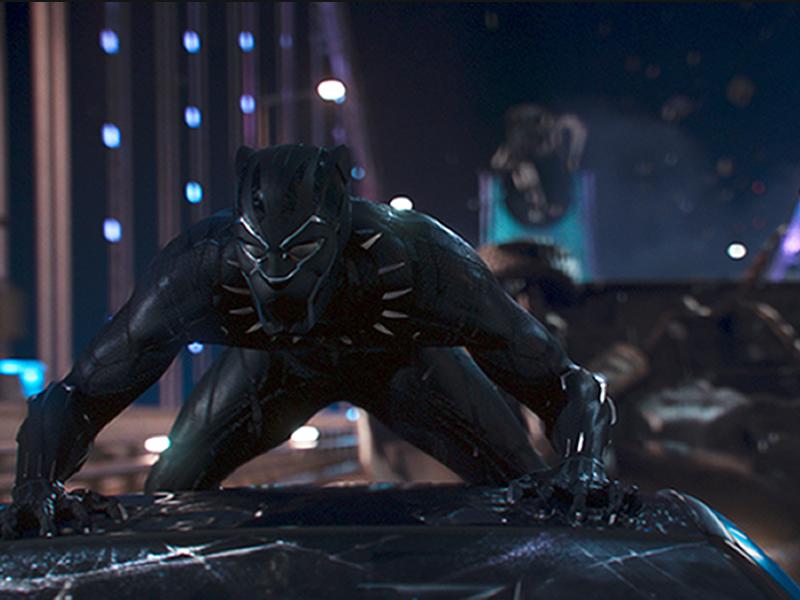 THIS week, film-lovers of all tastes will have something to look forward to, as Vue Edinburgh Omni and Vue Edinburgh Ocean continue to bring a number of blockbuster films back to the big screen, where they belong.

And this week in particular, many will be moved to see the return of T’Challa. In homage to Chadwick Boseman after his untimely death, Black Panther will be screening at Vue Edinburgh Omni, celebrating Boseman’s seminal work portraying the King of Wakanda, in what has become one of the most beloved and influential instalments of the Marvel universe saga.

Film buffs will be able to escape to the work of iconic filmmaker Edgar Wright, with the screening of films from his Cornetto Trilogy. Relive the cult-classic action comedy film, Hot Fuzz, that cast popular on-screen duo Simon Pegg and Nick Frost as two policemen investigating a series of mysterious deaths in an unwitting West Country village. Or, catch Pegg and Frost pushing aside their day jobs to tackle the zombie apocalypse in Shaun of the Dead, or become humanity’s last hope as their epic pub crawl inadvertently turns into a mission to save mankind, in The World’s End.

Thrill-seekers can get their fix as Dominic Torretto and his team put pedal to the metal in the return of fan favourite, Fast & Furious. Having grown to become one of cinema’s most successful franchises - and with the 9th instalment due in 2021 - viewers can watch the formative first edition of the series of films that sees Vin Diesel and the late Paul Walker become unlikely allies.

And an exciting array of cinematic classics are also back on the big screen, including the likes of Jurassic Park returning to the cinema to be enjoyed in all its glory. Viewers can watch one of popular culture’s most famous stories as Spielberg directs the tale of an entrepreneur’s attempt at opening a wildlife park containing dinosaurs, before a breakdown in the park’s security system leads to chaos.

Eduoardo Leal, Head of Screen Content at Vue Entertainment, said: “We’re thrilled to be continuing with the momentum of our reopening by bringing such a great mixture of big screen entertainment to our venues.

“With a selection of blockbusting films both old and new, there’s something available for all tastes, with all our screenings continuing to be shown in the best audio and picture quality available.

“We hope to continue seeing lots of people coming along to switch off and immerse themselves in these great stories.”

Tickets are available now at myvue.com.

Scotland’s national music prize, the Scottish Album of the Year (SAY) Award, is set to open voting to the public, plus the 2020’s Judging Panel is revealed.

The City of Edinburgh Council and event producers, Underbelly, have today announced that the focus will move to celebrating Edinburgh’s Christmas 2020 online.

Eat Out to help October

Scotland's leading suppliers and restaurants unite to support the hospitality industry by launching 'Eat Out to help October'!

One of Edinburgh’s top private chefs is bringing his unique style of culinary creativity to the capital’s Jupiter Artland near Wilkieston from 5th to 25th October 2020.

The popular Edinburgh Cycle Hire initiative has now extended into East Lothian with the installation of two Hire Stations in Musselburgh.

Conifox Adventure Park's sell-out Christmas experience returms this December, but with a ‘2020’ twist.