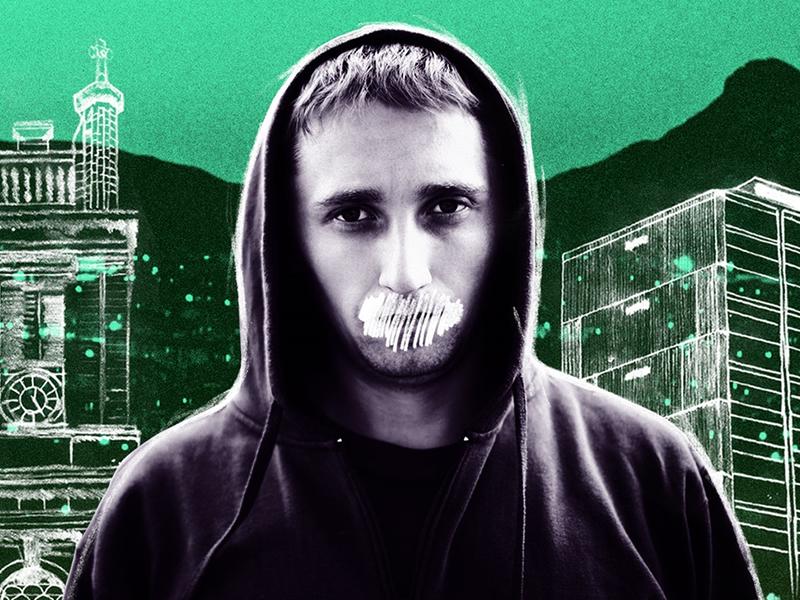 TRAVERSE THEATRE ANNOUNCES DECLAN, A BRAND NEW TAKE ON THEIR 2019 FESTIVAL HIT MOUTHPIECE AND THE FIRST EVENT OF THE TRAVERSE DIGITAL FESTIVAL 2020

Declan is an immersive film experience, using cinematography, animation and audio to show audiences Edinburgh as he sees it.

Confronts the city’s exclusion of sections of its population from its world-famous cultural offerings and demands change.

Directed by Lorn Macdonald, who played Declan in the original Mouthpiece production.

Declan is the first event of the Traverse Digital Festival 2020 to be announced, and is also included as part of Edinburgh International Festival’s 2020 programme, announced earlier today.

Using excerpts of Kieran Hurley’s original text for Mouthpiece, Declan blends footage filmed in real Edinburgh locations with original animations and audio to place the audience firmly in Declan’s shoes, and show Edinburgh as he sees it.

Because 17-year-old Declan’s Edinburgh isn’t the one the world knows and celebrates. Rather than theatres, galleries and concert halls, his days are spent on the outskirts of the city protecting his little sister, avoiding his mum’s boyfriend and making sense of his world through his drawings – that is, until he meets Libby, a playwright who takes his story and puts it on stage for all to see.

Frank, unflinching and filled with unexpected humour, Declan is an exhilarating and immersive film. It wrenches the spotlight away from those doing the talking, to those being talked about, and demands attention - on their own terms.

Declan will be available for audiences to experience through the Traverse Theatre and Edinburgh International Festival websites for a limited period from Monday 24 August.

Declan reunites several members of previous Mouthpiece creative teams alongside new collaborators to create an original piece inspired by the stage play. It has been co-commissioned by Edinburgh International Festival.

It is directed by and features a performance from Lorn Macdonald, who played the role in the original 2018 production and marks his Traverse directorial debut. It uses excerpts from Mouthpiece by Kieran Hurley and includes additional performance elements from Angus Taylor, winner of The Stage Award for his performance as Declan in the 2019 Traverse Festival stage production of Mouthpiece.

Sound design and composition are by Kim Moore, who also worked on the original stage production, with animations by Nisan Yetkin in her Traverse Theatre debut.

“2020 is a challenging year for many – none more so than the sections of our community already dealing with disadvantage and deprivation, who must not be left behind as we emerge into whatever the future may hold post-Covid. We were pleased by the conversations that ‘Mouthpiece’ generated during the 2019 Festival around cultural appropriation and cultural exclusion, which need to be acted upon more than ever before. We are therefore delighted that Declan’s story is being given a new lease of life, embedded firmly in Edinburgh’s streets, through the vision of Lorn Macdonald and a team of talented collaborators. Declan has much more to say – and it is imperative that we listen and ensure we create culture which is truly representative, accessible and of interest to all.”

“’Mouthpiece’, and playing the part of Declan, was hugely important to me, so revisiting the character in this new way has been both surreal and exciting. With the Traverse’s support I’ve been able to work with new collaborators, and having the opportunity to work with Angus Taylor and explore Edinburgh through the eyes of Declan has been a unique and exciting experience. I’m grateful to the Traverse for the chance to investigate Kieran’s story through a brand new lens, and hope audiences will enjoy the twists and turns as much as I enjoyed making it.”

Declan will be available to view on demand from Mon 24 August for a limited period through the Traverse Theatre and Edinburgh International Festival websites.

You can watch the trailer here.... https://www.youtube.com/watch?v=nrMcBCGQFS8&feature=youtu.be