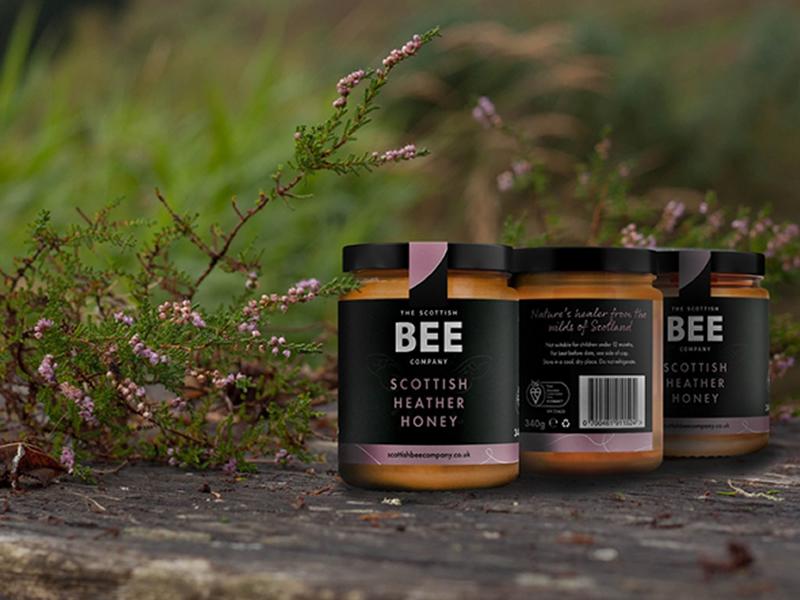 Produced in hives located in the Lothians, Dunfermline, Stirlingshire, Fife and Aberdeenshire, The Scottish Bee Company’s heather honey received the top platinum award for product quality and a silver award for its bold new packaging.

The LIHA works with hundreds of businesses across the world to recognise honey growers, producers, beekeepers, processors and retailers that celebrate quality and provenance.

Honeys entered into the LIHA quality awards are judged by a panel of experts in a blind tasting and scored from 0-100 points. Eligible honeys must pass extensive testing by an independent accredited laboratory. Tests include pollen spectrum for floral and geographical source of honey, sugar profile to detect increasingly common adulteration and tests for heat treatment and excessive heat exposure.

There are four awards ranging from bronze to platinum. The highest award, platinum, is reserved for honeys that score from 95.5 to 100 out of a maximum possible source of 100.

These latest awards come just weeks after the company was named as the first ever food product in the UK to receive the British Standards Institution’s internationally recognised Kitemark accreditation for food assurance.

Earlier this year, The Scottish Bee Company’s pure heather honey was also revealed as a world-leading superfood in a scientific study. It contains up to 10 times more of the essential micronutrient, manganese, compared to 200 of its global rivals. This unique Scottish honey is also amongst the world’s top manganese containing food products.

Manganese is an essential mineral. As well as its high antioxidant qualities, it plays a role in helping to make and activate enzymes in the body involved in protecting tissues from damage and in the metabolism of nutrients. It also helps maintain healthy bones. This breakthrough is the first of its kind in the world and firmly cements this honey’s position as a rival to manuka honey, indicating that The Scottish Bee Company’s heather honey has a range of positive health benefits.

Suzie Millar, Co-founder of The Scottish Bee Company, said: “We’re so honoured to be awarded not one, but two awards for our Scottish heather honey at the London International Honey Awards in a line-up of some of the best honeys in the world.

“We work incredibly hard to make sure we are providing our customers with the best pure Scottish honey possible, so it feels great to have our product recognised by industry experts.”

In two years they have increased bee numbers by around 23 million, have started a bee farming apprenticeship (Scotland’s first), launched their sister charity Repollinate.org.uk which aims to further increase pollination through education programmes and wildflower spaces, committed to donating 10p from every unit sold to Repollinate, tripled sales year on year, trained as Sommelier in honey and won a Great Taste Award for their Heather honey.