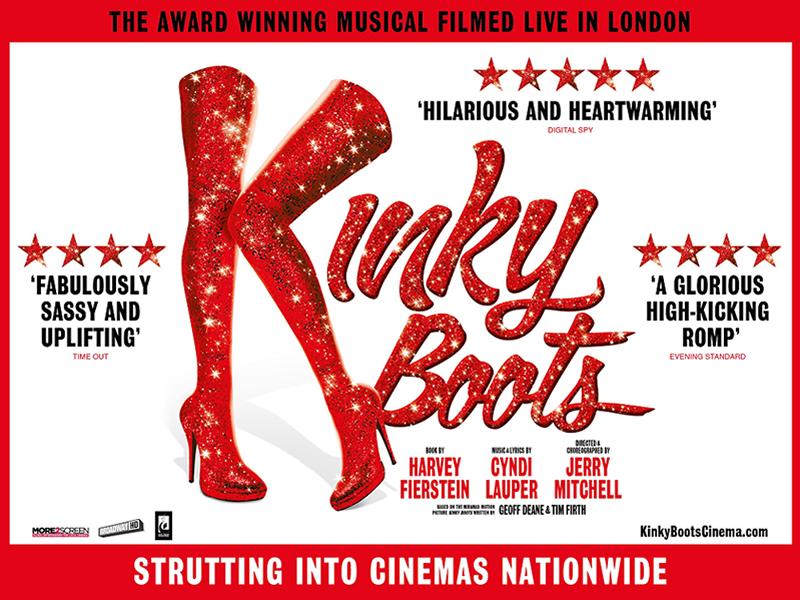 Following the success of winning every Best Musical award, including the coveted Olivier Award for Best New Musical in 2016, Kinky Boots will arrive in Vue Edinburgh Omni and Vue Edinburgh Ocean in February. However, Vue is giving fans of this hotly anticipated show the chance to get their dancing shoes on early, as tickets are available now.

As factory owner Charlie struggles to keep his family business afloat, a wildly energetic entertainer, Lola, emerges with an exciting idea that will change their lives as they know it – the production of sturdy stilettos unlike any seen before.

Telling the story of an unlikely pairing who find a common goal in achieving something bigger, this tale of friendship struts it way on tour as London’s hottest new musical.

Johnny Carr, Event Cinema Manager at Vue UK and Ireland, said:“Showcasing the best of theatre, alongside the regular roster of films, is just one of the things we’re so proud of at Vue. Kinky Boots is another production that has become massively popular, and so we’re very happy to be able to show it on the big screen for all fans who can’t make it to the tour dates, and those who wish to relive the experience on the big screen.

“As always, we’ll make sure it lives up to the expectations of the live performances, as we deliver the show in the best picture and sound quality in big screen entertainment.”