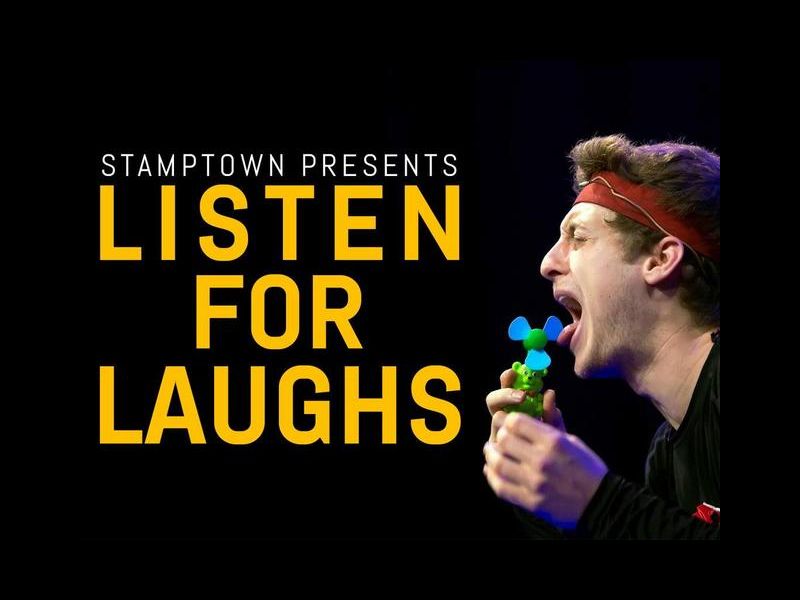 About Listen For Laughs with Zach Zucker (Workshop)

Often times we enter with such strong ideas that we forget about the most important thing in the room - the audience. We either go too fast without letting them join in or we do too much and scare them off. If you let them, the audience will guide your creative process and tell you exactly what to do.

In this workshop we focus on reading the room by slowing down, unpacking every moment, and listening for the laughs to tell us where to go. Through a series of playful exercises, games and improvised scenes, you’ll be encouraged to take risks, be impulsive, leave your bad ideas at the door, and organically build towards creating a repeatable routine onstage.

This class is for total beginners and experienced performers - you just gotta be cool with looking stupid and being bad in front of people.

ZACH ZUCKER is an award-winning clown and producer that tours original comedy shows worldwide. A graduate of École Philippe Gaulier in France, he is one half of Norwegian-American comedy duo Zach & Viggo, the alter-ego of New York's greatest comedian Jack Tucker, and the creator of independent music and comedy label, Stamptown. The first international comedian at the only comedy venue in Mumbai, India (That Comedy Club), he has performed at Just For Laughs, Glastonbury, Soho Theatre, Edinburgh Fringe, Comedy Central, Melbourne International Comedy Festival, Union Hall, NY Comedy Festival, and he has taught workshops at The Groundlings, UCB, Second City, Lyric Hyperion, Clown Gym, Bristol University and various festivals around the world.

Hosted by the bad boy of clown, Zach Zucker, Stamptown is a late-night variety show featuring the best alternative performance on the international scene.
Read more

Lauren Pattison: It Is What It Is (Preview)

Edinburgh Comedy Award Best Newcomer nominee Lauren Pattison is back with a brand-new show and she brings it to Monkey Barrel Comedy on 15th July!
Read more

Ahead of its Fringe debut, we will be performing a final preview of The Intervention, a new Scottish writing by award-winning and published playwright Keir McAllister.
Read more

Multi award-winning comedian Ian Smith returns to the Monkey Barrel with a work in progress of a brand new show on Saturday 22nd October!.
Read more

Create something special and go home with something beautifully wearable at this workshop run by Moody Monday!
Read more

Transmission Meditation is a simple group meditation providing both a dynamic service to the world and powerful personal spiritual development.
Read more

Print your own Pampering Kit

Create a custom-designed, unique pampering kit made with your own two hands at this workshop run by Moody Monday!
Read more

Join Share International Scotland for a powerful group meditation and work of planetary service at the time of the full moon each month!
Read more

Aimed at beginners, this intimate workshop at Dovecot Studios is an introduction to the art of electric gun tufting.
Read more

All The Young Nudes Life Drawing at Cabaret Voltaire

Join All the Young Nudes on Tuesday nights for their Life Drawing Club, a weekly, fun, life drawing session with models, sketching, music and access to the bar!
Read more

This 8 weeks textiles course, run by Moody Monday, is ideal for those who has a special interest in textiles or screen-printing and would like to take this interest further.
Read more

This 8 weeks course is ideal for those who has taken part in Moody Monday's Textiles Printing Level 1 (TP1) course and would like to take their skills to the next level.
Read more