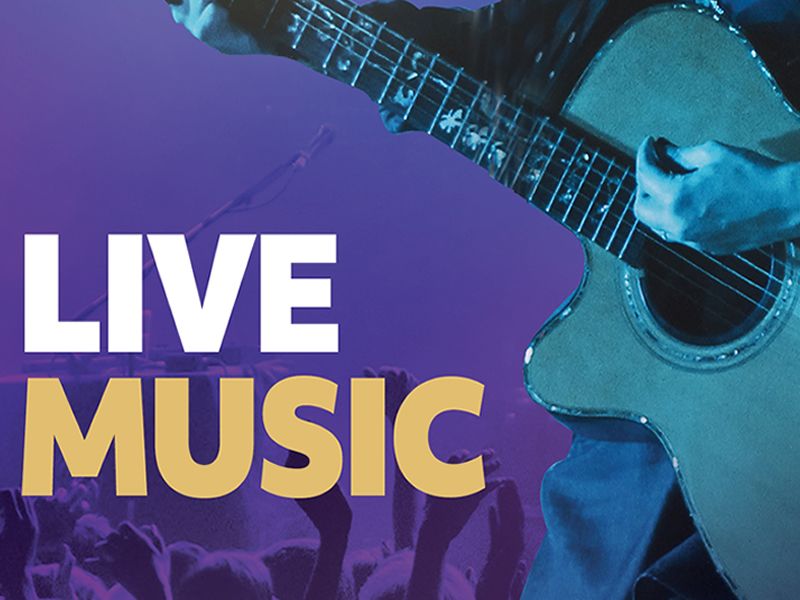 8th March - Amy Reader
Working as a professional musician over the last 5 years, Amy Reader is a versatile entertainer who delivers a performance worth experiencing. Accompanying herself on guitar, Amy offers a vast repertoire filled with genres ranging from Pop to Jazz and everything else in-between ensuring there is something for everyone to enjoy.

15th March - Anna Trost
Having moved from Germany to Edinburgh two years ago, Anna is a sound engineer student turned performer who has decided to play in front of audiences instead of remaining a self-taught bedroom musician. Playing mainly indie rock, her biggest influences are Arctic Monkeys, Nirvana, Ben Howard, Bon Iver, Tame Impala, Unknown Mortal Orchestra, Arcade Fire, Sam Fender, and Palace. She also includes some timeless classics by Neil Young and Chris Isaak with her own twist on electric guitar.

29th March - Becki Rutherford
Becki Rutherford is an independent singer-songwriter currently based in Edinburgh but born and raised in Glasgow. Becki is a multifaceted independent artist. She writes, records, sings and plays the guitar, as well as co-producing and collaborating with a close-knit team. Becki's music displays an authentic rawness with a strong sense of self, allowing listeners to immerse themselves in her personal yet familiar experiences.

5th April - Joshua Grant
Joshua’s breakthrough single 'Edinburgh' had chart success coming in at #1 in Scotland and #34 in the UK Download/Sales Charts in 2020. He managed a support slot with Brit Award Winner Tom Walker in February 2020; airtime on TV with BBC Scotland closing the 'Edinburgh Show' with Grant Stott; an interview on STV and has been played on BBC Radio Scotland, Strictly Scotland, Chief Radio and many other local stations.

12th April - Chris Mossop
Chris Mossop is a Scottish singer/songwriter who has had a blend of comparisons made of him ranging from Damien Rice to Bruce Springsteen and even David Gray. He has one of those distinct voices that fully engages the audience and his tone is heartfelt and surprisingly disarming. He is hot off the back of three tours in Europe and was recently a guest on BBC London Radio.
“Definitely one to watch” - Forth One Radio.

26th April - Jasmin Jet
Jasmin Jet is a 17 year old singer/songwriter and performer based in Central Scotland. Just booked to play at Party at The Palace - one to watch!

3rd May - Sam Appleby
Sam Appleby is an Edinburgh based singer songwriter.
Sam's audience over the past year has grown exponentially and he's eagerly anticipating a return to live music so he can build a live show to play to all his new found fans. His music appeals to fans of Harry Styles, JC Stewart and Lewis Capaldi.

10th May - John Rush
This week we're joined by John Rush, who recently opened for Paul Weller!
Scottish singer/songwriter John Rush has played his folk-tinged pop songs in some of Glasgow's greatest venues with regular appearances at legendary King Tut's Wah Wah Hut, O2 Academy, Barrowlands Ballroom and most recently The Royal Concert Hall. In 2018 he also played in New York's Rockwood Music Hall and took his show to London.

17th May - Jack Rowberry
Jack Rowberry, winner of a Scottish Alternative Music Award 2014.
If you like Paul Weller, Richard Ashcroft, or John Mayer then you should listen...

31st May - Nico Ev
Nico Ev has written a whole catalogue of original material, been named artist of the week by Freshman Guitars and Camglen Radio, performed at Celtic Connections festival, been broadcast live on several radio stations including BBC Radio Scotland, performed in iconic Glasgow venues, supported established artists including Kevin McGuire and Hannah Slavin, been featured in the Songwriters & Composers Scotland Magazine and much more!

After an incredible debut in 2021, The Great Eastern returns on Saturday 21st May 2022 with an all-day music festival taking place across multiple Edinburgh venues!
Read more

21st May 2022
The Brunton Theatre, Musselburgh

Come and join Paradise on our 11th UK Tour as we bring the magic from an era that changed the music world for ever on to the stage for you to enjoy.
Read more