The first night of the new EH6 Club sees us bring a slice of New York energy to Leith, with our New York Block Party. The headline act is the one and only legend, Grandmaster Flash! 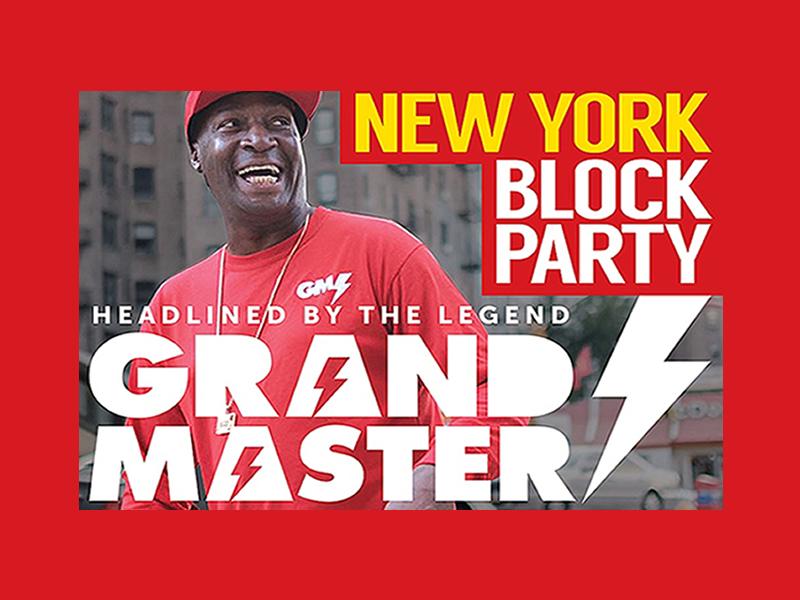 A block party was designed with one aim, for people to gather, dance and enjoy themselves! All types of music genres make up the essence of the block party - funk, soul, disco, hip hop, rock, pop, 60s, 70s, 80s, 90s . . . the list goes on and with the main man at the helm, Grandmaster Flash, supported by Edinburgh’s finest DJs, this will be a night to remember!

The career of DJ Grandmaster Flash began in the Bronx, with neighbourhood block parties that essentially were the start of what would become a global phenomenon — the dawn of a musical genre. He was the first DJ to physically lay his hands on the vinyl and manipulate it in a backward, forward or counterclockwise motion, when most DJs simply handled the record by the edges, put down the tone arm, and let it play, but not Flash. He invented the Quick Mix Theory, which included techniques such as the double-back, back-door, back-spin, and phasing. This allowed a DJ to make music by touching the record and gauging its revolutions to make his own beat and his own music.

Music lovers take this opportunity to see a true musical icon and Rock and Roll Hall of Fame inductee do his thing, at the Biscuit Factory in Edinburgh, in a rare club appearance and his first gig in Scotland for over 5 years.

Electric Six come to The Liquid Room on Thursday 2nd Decmeber as part of their 'Russia, If you're Listening' tour!
Read more

Dig out your 70s fashion, dust off your platform boots and get ready to sing and dance the night away at this fantastic show.
Read more

Kick of your Christmas with the Super Power Agency! Sing your hearts out alongside rising Scottish star Callum Beattie and the University Chamber Choir at The Caves Edinburgh on 2nd December!
Read more

Love came down at Christmas

Elspeth McVeigh sings an acapella programme of early carols and songs in the magnificent setting of Rosslyn Chapel as part of their month of music!
Read more