In celebration of his 30th Anniversary as a professional musician, John McCusker will be embarking on UK tour in 2021 and stops off at The Queen's Hall Edinburgh on 10th October. 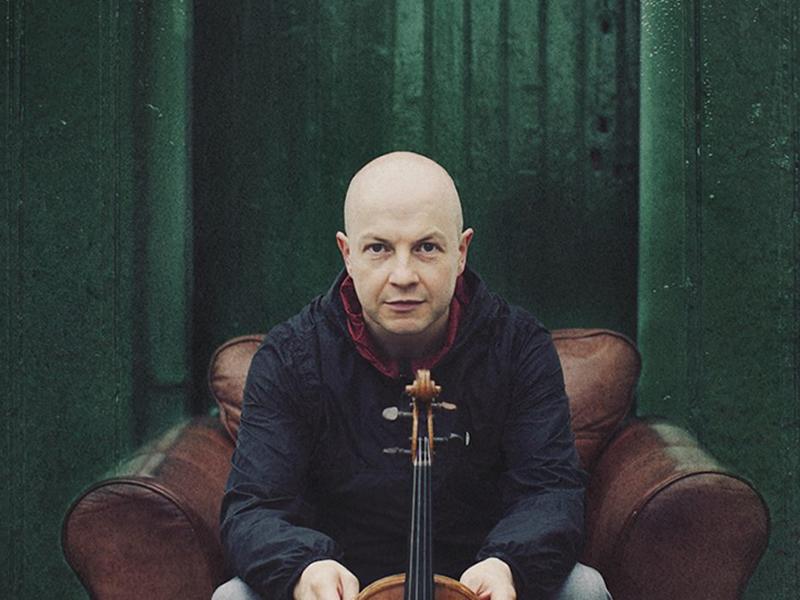 In celebration of his 30th Anniversary as a professional musician, John McCusker will release ‘A Best Of’ album in 2021 featuring tracks from his solo records and TV and film soundtracks over the last 30 years.

John will also publish a book of his tunes ‘The Collection’ featuring 100 original compositions. There will also be a brand new solo album released to coincide with the UK Tour. The John McCusker Band, featuring some of the finest traditional musicians that John has worked with over the last 30 years, will embark on an extensive UK tour in September/October 2021.

In celebration of his 25th Anniversary John McCusker released ‘Hello, Goodbye’ on April 29th 2016 and embarked on a UK and European tour. A wonderfully evocative set of compositions, ‘Hello, Goodbye’ was composed while John was on a world tour with Mark Knopfler and featured an all-star cast of handpicked musicians with whom John has been fortunate to work with over the past 25 years and was John’s first solo album in thirteen years, the first on his new record label Under One Sky Records and the first recorded in his state of the art studio, built over two years in a bothy dating from 1779. Designed by legendary record producer and studio designer Calum Malcolm, the new studio is a winning combination of the traditional and the new, much like John’s music itself!

Born in Bellshill, near Glasgow, John began playing whistle and fiddle as a child and joined the legendary folk outfit Battlefield Band aged 17. During his 11 years with the band, he also released his first two solo recordings, 1995’s self-titled debut and 2000’s 'Yella Hoose'. His most recent albums include 'Under One Sky' and the reissues of 'Yella Hoose' and 'Goodnight Ginger' remastered deluxe.

John has long been renowned for his skill at transcending musical boundaries: striving to keep his music fresh and exciting, never leaving the past behind but always embracing new sonic adventures. As a live and studio guest he has shared stages with David Gilmour, Paul Weller, Paolo Nutini, Teenage Fanclub, The Proclaimers, Graham Coxon, Ocean Colour Scene, Idlewild, Eddi Reader, Julie Fowlis, Vicente Amigo, Nolwenn Leroy, Jerry Douglas… Since 2008, he has been a member of Mark Knopfler's band, playing arenas around the world including a double bill with Bob Dylan at The Hollywood Bowl & 20 nights at the Royal Albert Hall.

John was awarded the coveted BBC Radio 2 Musician of the Year in 2003 and also The Spirit of Scotland Award for music in 1999 and again in 2009. 2016 saw John receive the Good Tradition Award and perform with his band at the BBC Radio 2 Folk Awards at The Royal Albert Hall. In 2019 John received the Outstanding Music Performance at The Scottish Culture Awards.

An Evening With Miriam Margoyles

Spend an evening in the company of one of Britain’s favourite (and naughtiest) national treasures, Miriam Margolyes, as she shares stories from her remarkable life with broadcaster Fi Glover.
Read more

Wishbone Ash return to these shores with their iconic twin-guitar sound and a brand new album under their belt. Catch them at The Queen's Hall on Friday 22nd October!
Read more