Alternative four piece, Flyte have announced they are heading out on tour! Catch them at The Caves Edinburgh on 9th March 2022! 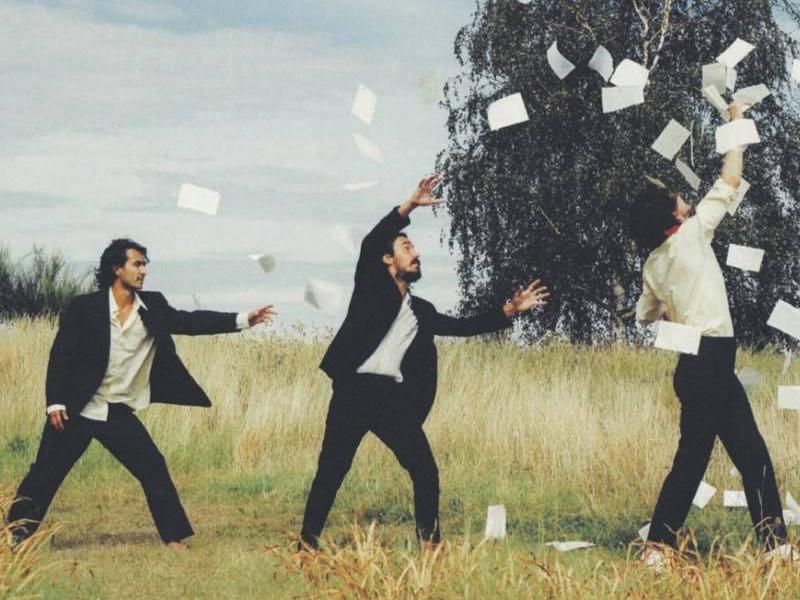 Hailing from London, England, alternative pop/rock outfit Flyte meld bright vocal melodies akin to those of MGMT and Orange Juice with the buzzy guitar work of Franz Ferdinand and Cage the Elephant.

Made up of lead vocalist/guitarist Will Taylor, guitarist/keyboardist Sam Berridge, bass guitarist Nick Hill, and drummer Jon Supran, the band formed while at school, with Taylor and Supran writing songs after studies every day. Following the addition of Berridge and Hill, the boys got to work performing in and around London before going into the studio to record their debut EP.

An independent release, Live, was recorded in one day with Dan Grech-Marguerat (Lana Del Rey, Moby), and lead track “Over and Out” went on to receive repeated airplay on major radio stations around the U.K. Flyte released the single “We Are the Rain” via Paradyse Records in early 2014 before signing with Island and making their label debut with the single “Light Me Up” before putting out their second EP, Diamond White, at Christmas that year. The band’s fan base continued to grow following their appearance at the 2014 Reading and Leeds Festivals. They went on to release two singles in 2015, “Closer Together” and “Please Eloise,” before heading out on tour with bands such as MS MR, Hudson Taylor, and Bombay Bicycle Club. Flyte’s debut full-length effort, The Loved Ones, was produced by Burke Reid (Courtney Barnett, the Drones) and was released in August 2017.

Following several months of touring, Flyte returned to the studio with a pair of stand-alone singles, “Moon Unit” and “Victory Girls.” ~ Rob Wacey

Inside the Robot: Quick, I Need Your Help!

There is a robot in trouble and it needs your help! An immersive, educational and hilarious spectacular suitable for ages 5+, but fun for everyone.
Read more

Isle of Lewis singer-songwriter Colin Macleod is on tour in October with a date at The Caves on Wednesday 26th!
Read more

Jesca Hoop is an American singer-songwriter and guitarist, who writes and performs in diverse musical styles and you can catch her at The Caves Edinburgh on Thursday 24th November!
Read more

Folk rock's rowdiest rabble Skinny Lister are back with a UK tour, catch them live at The Caves Edinburgh on 7th December!
Read more

Kris Barras is known for his high-energy brand of no-nonsense rock 'n' roll! Catch him and his band live at The Caves Edinburgh on 15th February!
Read more