Pianist Vesselin Stanev will now be joined by cellist Zoltan Despond in a new programme at The Queens Hall on Thursday 3rd June 2021. 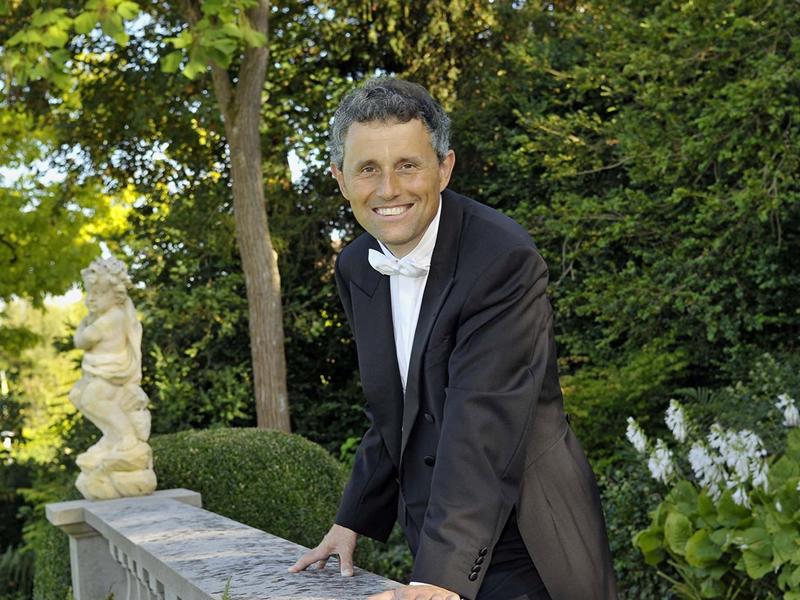 This is the performance postponed from 4 June 2020.

Pianist Vesselin Stanev will now be joined by cellist Zoltan Despond in a new programme.

VESSELIN STANEV
Vesselin Stanev was born in Varna, Bulgaria. At the age of ten he began his training at the Music Academy of his native city, transferring in 1981 to the Academy of Music in Sofia. Starting in 1983 he studied with Dmitri Bashkirov at the Tchaikovsky Conservatory in Moscow, where he obtained his soloist diploma in 1988. He subsequently went to Paris to study with Alexis Weissenberg; from 1992 to 1995 he took classes for advanced students at the Conservatoire National Supérieur de Musique. In London Peter Feuchtwanger became a mentor from whom he has gained valuable inspiration.

Within a short timespan Vesselin Stanev earned an outstanding reputation as a musician, as attested by his distinctions at the International Tchaikovsky Competition in Moscow and at the Concours Marguerite Long - Jacques Thibaud.

Vesselin Stanev’s career has taken him to such major concert venues in Europe as Wigmore Hall in London, the Alte Oper Frankfurt, the Philharmonie Berlin, the Leipzig Gewandhaus, and the Salle Gaveau in Paris, as well as to the Nordic countries, Southeastern Europe, Russia, and Japan. He has enjoyed successful collaborations with such conductors as Paul Daniel, Alexander Lazarev, Hubert Soudant, David Zinman, and others. He also performs regularly as a chamber musician in a duo with the violinist Ekaterina Frolova and the flutist Eva Oertle.

Vesselin Stanev has recorded six CDs for the Bulgarian label Gega New including works by Schumann, Brahms, Liszt, Chopin, and Rachmaninoff. His first CD for Sony Classical comprises early works by Alexander Scriabin. For the RCA label he has also made two recording projects of music by Franz Liszt: the “Etudes d'exécution transcendante” in 2010 and, in 2014, a programme titled “Music and Myth.”

In January 2018 and after four years under the instruction of Thomas Grossenbacher at the Zurich University of the Arts (ZHdK), he obtained higly successful the “master performance specialised soloist”.
Then he kept perfecting his skills at the “Pavia Cello Academy” in monthly lessons with the renowned Italian cellist Enrico Dindo. Additionally, he took part in masterclasses with Franz Helmerson, Antonio Meneses, Christophe Coin, Martin Ostertag, Christian Proske, Giovanni Sollima.