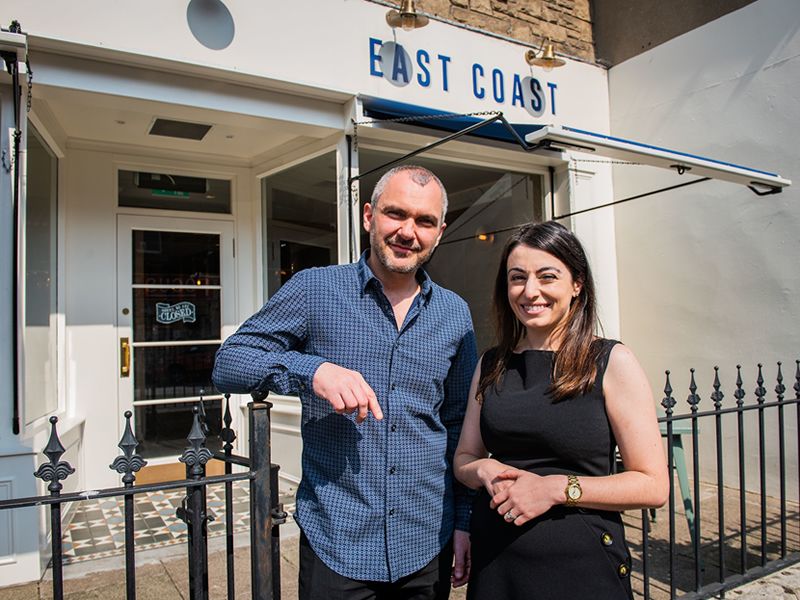 With an estimated 10,500 chippies across the UK, The Sunday Times singled out East Coast Fish and Chips takeaway for the nation’s list of top 10 chippies and the only fish and chip shop in Scotland to make the shortlist.

The Sunday Times praised the quality and value of East Coast’s cod, haddock and twice-cooked chips, as well as its Stornoway back-pudding fritters and haggis bites.

Earlier this year, East Coast won the accolade of one of the 50 best fish and chips shops in the UK for the third year running by leading trade publication, Fry Magazine. East Coast is the only chippy in Edinburgh and the Lothians to make Fry Magazine’s prestigious list.

East Coast has also just launched a midsummer beach takeaway menu for people to enjoy overlooking the Firth of Forth until Sunday 31st July, including traditional fish and chip suppers with haddock or cod, served with East Coast’s secret recipe chippy sauce.

A mouth-watering collection of daily specials are also up for grabs, including langoustine scampi, panko lemon sole, crispy calamari and beer battered king prawns, all subject to daily availability. A children’s menu, vegan and gluten-free options are also available.

Located on North High Street and just two minutes’ walk from Musselburgh beach and Fisherrow Harbour, East Coast is owned and operated by Carlo and Katia Crolla. The Crolla family has been serving the local community for nearly 50 years. Styles may change, but great flavours, family heritage and warm, friendly service remain as important to Katia and Carlo today as they did 48 years ago.

The Sunday Times said Carlo and Katia have "fish and chips in their DNA, having descended from a family of fish fryers”. Carlo’s earliest memory is standing on a stool working a huge old-fashioned cash register. Katia’s first recollection is sitting on an old pile of potato sacks watching her dad peel the spuds.

“It’s fantastic to see East Coast representing the Lothians and Scotland on this prestigious list of the nation’s top chippies, and we couldn’t be prouder of making The Sunday Times’ top 10 list out of over 10,500 fish and chip shops across the UK.

“Now that the schools have closed for summer and families flock to the beaches around Edinburgh and the Lothians, we’re now offering people even more reason to enjoy some of the best Scottish seafood and classic fish and chips outside in the fresh, sea air.

“We’re located on North High Street, just two minutes’ walk from Fisherrow Harbour and Musselburgh beach, so we’re ideally situated for people to enjoy our new midsummer beach takeaway menu whilst enjoying views over the Firth of Forth towards Edinburgh.”

East Coast is also home to an award-winning seafood restaurant and grill, which offers 16 outdoor covers for alfresco dinners, as well as space for 65 indoor diners.

East Coast also supports The Fisherrow and Harbour Seafront Association, which was launched in 2018. The Association is now working with East Lothian Council to improve the harbour and seafront in Musselburgh for the benefit of the community, local people and visitors through a series of ongoing fundraising events and voluntary activities.

For the The Sunday Times' full list of the UK's top 10 fish and chip shops, go to: https://www.thetimes.co.uk/article/the-10-best-fish-and-chip-shops-in-the-uk-v87f906pz