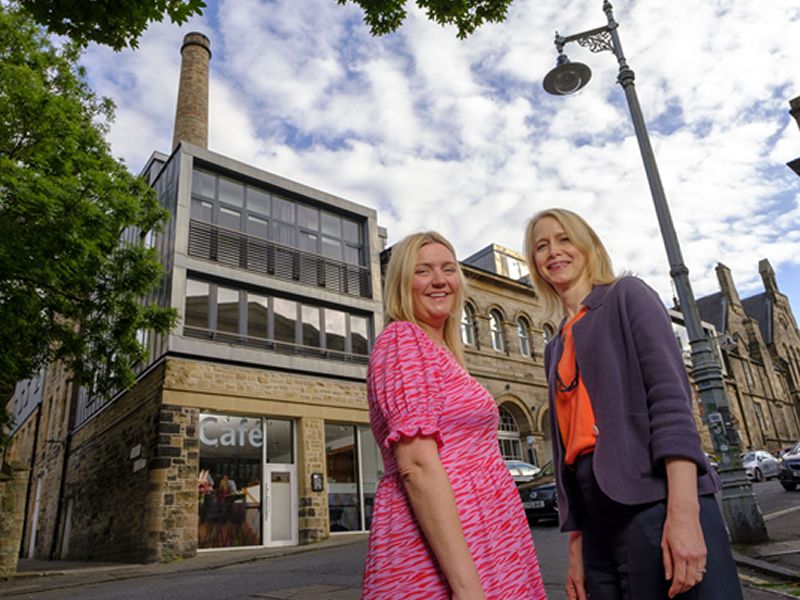 Dovecot Studios Café, in its exclusive partnership with Hickory, offers up a healthy, seasonal and delicious menu. With changing daily specials, it is a perfect spot in the heart of the Scottish capital for breakfast, lunch, afternoon tea and snacks. Everything is made by the expert team using locally sourced quality ingredients.

Tailored menus will be created to align with the inspiring exhibitions hosted at Dovecot Studios, which is a ‘hidden gem’ for art enthusiasts.

Exhibitions this Summer include: Alan Davie: Beginning of a Far-off World which celebrates the centenary of one of the greatest Scottish artists of the 20th century; Raphael - Magister Rafaello, an audio-visual exploration and UK première of the most famous Italian Renaissance artist who worked in tapestry; and The Modern Institute: Space Forgets You, celebrating the international work of John Giorno, Julia Chiang, Arrange Whatever Pieces Come Your Way and Marc Hundley. Dovecot is part of Edinburgh Art Festival and Edinburgh Festival Fringe, and in August, Dazzle, the major annual jewellery exhibition, returns to Dovecot for its 40th Edinburgh Festival exhibition.

The Dovecot Studios Café is open 9.30am to 5pm Monday to Saturday, and on Sundays in August.

Hickory will also provide catering for exclusive-use events held at Dovecot Studios by a range of prestigious organisations.

Claire McHardy, Head of Commercial and Operations at Dovecot, said: “The Dovecot Studios Café is a terrific addition to Dovecot’s world-renowned tapestry studio, exhibitions, shop, and events. Serving excellent locally sourced food and drink throughout the day to our visitors, our ‘new look’ café is a destination in its own right.

“We are looking forward to being the venue of choice for Edinburgh Festival-goers this summer. We are delighted to be working with Hickory and look forward to a successful partnership.”

Stephanie Stubbs, Managing Director of Hickory, said: “We’re excited to have been chosen by such an iconic venue as Dovecot to run its new café and catering operations. This is an excellent addition to the Hickory portfolio of venues and events across Scotland. Customers at the Dovecot Studios Café can be assured that a delicious spread awaits them when they visit. Our team will work closely with Dovecot to create only the best offerings for customers of the café and any organisations hiring out the venue for events and meetings.”

Edinburgh-headquartered Hickory delivers events at venues across Scotland, including the Assembly Rooms, Newhall Estate, Neidpath Castle and Royal College of Physicians of Edinburgh. It exclusively operates the new Cairns Farm Estate in the Pentland Hills and Eskmills Venue on the outskirts of Edinburgh.

The award-winning business has also expanded its festival-style offering supporting large-scale events, including the provision of innovative seasonal catering and styling for this year’s Royal Highland Show, and bars for the Scottish Open Golf Tournament at The Renaissance Club and Fringe by the Sea in North Berwick.