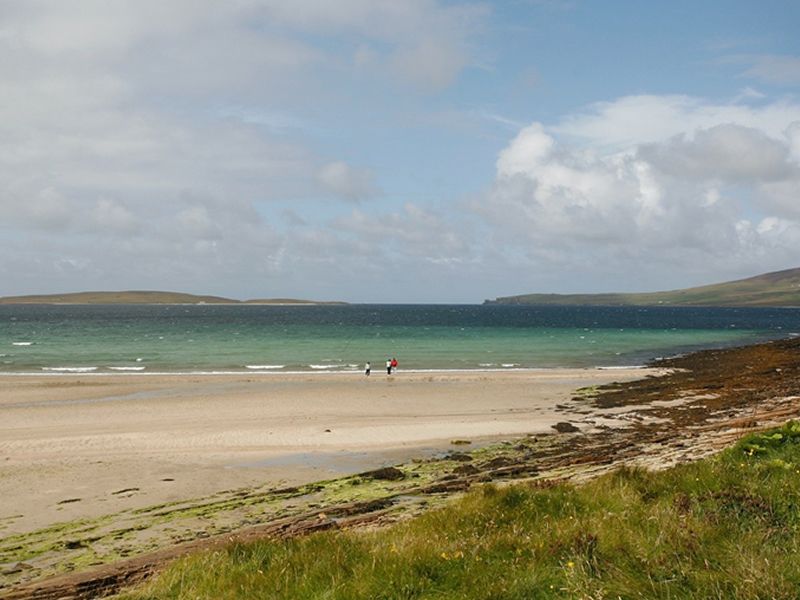 Green Space Dark Skies, led by Walk the Plank as part of UNBOXED: Creativity in the UK, is today announcing two new locations for this unique project. Thousands of people across the UK, including over 1000 people in Scotland, are being recruited to create large-scale outdoor artworks for Green Space Dark Skies in 20 of the UK’s most outstanding landscapes between April to September 2022.

In Scotland, the events will take place in some of the country's most stunning locations including the Cairngorms National Park, Orkney, and North Ronaldsay.

The gatherings will be created at dusk by local participants, referred to as Lumenators. They will be guided along pathways or waterways carrying smart lights that will enable digital choreography to be captured on film, while also being sensitive to the night-time environment. Each short film will incorporate the stories of the people and places featured and will be broadcast online after the event. Lumenators, as well as the general public are also encouraged to share their own connections to the landscape through Green Space Stories, a citizen science project to create an online archive of stories detailing our relationship to nature in 2022.

Developed by graduate engineers at Siemens specially for this project, the hand-held lighting technology, called Geolights, carried by participants uses existing wireless programmable lights and incorporates something that's never been done before: the ability for the lights to be animated through geo-positioning, whereby the position of each light can be known in relationship to the others.

Orkney mainland - 20 August
Local residents in Orkney are invited to become Lumenators in a once-in-a-lifetime opportunity to be part of this interactive work of art. Lumenators will gather at dusk to form shapes central to local folklore and mythologies.

North Ronaldsay - 16 August
Residents of the small island of North Ronaldsay (by invite only) are to participate in this unique event, creating images of astronomical symbols and constellations which will celebrate the island’s Dark Sky Award.

To protect these amazing places, the exact locations will only be revealed to the people who have registered to take part. There will be no spectators, but anyone can take part for free as long as they sign up in advance.
Event producer, Walk the Plank is working directly with the authorities who are responsible for the conservation of each location to create the events for Green Space Dark Skies.

Green Space Dark Skies is enabling people from all walks of life to forge new connections with the countryside by supporting those who face cultural and physical barriers to experience our iconic landscapes. These gatherings are celebrating the countryside as well as encouraging our responsibility to take care of it for future generations.

Green Space Dark Skies places environmental and social sustainability at the heart of its design and delivery; highlighting the value of the natural environment as a core purpose and delivering significant measurable positive impact. The project is working with a diverse group of partners to ensure that each event throughout the UK is implemented with the greatest care and precautions to protect the environment and communities of the locations. With a track record of experience in managing large-scale public events, Walk the Plank aims to bring people from all different backgrounds together to enrich lives through shared creative experiences.

Keren McKean, Walk the Plank’s Producer for Scotland says, “Scotland’s landscapes are rich, unique and diverse. The country’s dramatic backdrop is globally recognised and attracts millions of tourists per year, but often local people and people from particular communities can feel like the great outdoors isn’t for them. Green Space Dark Skies is about engaging with communities and encouraging people to feel connected to the land, to enjoy it and to protect it.”

The Green Space Dark Skies team is working with Dark Skies representatives in many locations to explore how the project might highlight the value of minimising light pollution in our towns, cities and rural landscapes to support wildlife to flourish.

John Wassell Creative Producer UK, Walk the Plank says, “The moment when darkness falls, and we switch the lights off, is going to be the most important collective act of connection between people and nature within each event”.

Green Space Dark Skies is one of 10 major creative projects commissioned by UNBOXED: Creativity in the UK, a celebration of creativity taking place across the UK in 2022, designed to reach millions and bring people together. UNBOXED features free large-scale events, installations and globally accessible digital experiences in the UK’s most ambitious showcase of creative collaboration.

Martin Green CBE, Chief Creative Officer of UNBOXED: Creativity in the UK said, “UNBOXED is the result of collaborations across science, technology, engineering, arts and maths that share an ambition to find new solutions and present optimistic ideas for the future.

“Green Space Dark Skies perfectly demonstrates the innovation and creativity seen throughout the UNBOXED projects. By bringing together artists, engineers, and members of the public in the creation of unique experiences, it will enhance people’s understanding of our natural environment and relationship to the countryside and show the power of creativity to bring about change.”

John Scott, Chair North Ronaldsay Trust says: "North Ronaldsay is thrilled to be involved in this innovative project working with light and place. Our event will take place on nearly our first-year anniversary of being awarded the designation of a Dark Skies Island from the International Dark Skies Association which honours our dark nights. The use of light art is very apt, as the darkness here makes light so much more intense, be it the stars of the milky way flowing over our heads, the merry dancers in the north or the beams from the Denishead lighthouse raking across our tiny low-lying island."

Events have already taken place in the Peak District, Dartmoor, Exmoor, Dorset, the Norfolk Broads, Lagan Valley, the Sperrins and Gower. Forthcoming events across the UK are:

*The Green Space Dark Skies project is measuring and balancing 100% of its unavoidable Scope 1 and Scope 2 emissions. The project also acknowledges its Scope 3 emissions and the complexity associated with calculating these and is working hard to rise to the challenge with its stakeholders.

UNBOXED: Creativity in the UK is funded and supported by the four governments of the UK and is commissioned and delivered in partnership with Belfast City Council, Creative Wales and EventScotland.