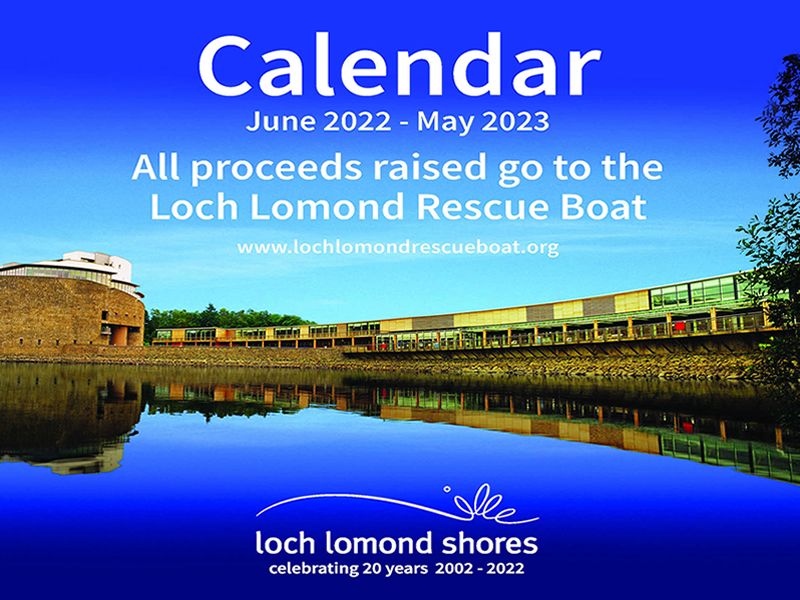 With all proceeds of the £5 calendar going to Loch Lomond Rescue Boat, the calendar’s main aim is to raise funds for this amazing local organisation who help to keep Loch Lomond safe, as well provide a handy-sized and colourful calendar showcasing all that Loch Lomond Shores has to offer.

The calendar is available to buy at The Loch Lomond Bird of Prey Centre, Café Zest, Hawkshead and Loch Lomond News.

Audrey Calder from Loch Lomond Shores comments:
“We wanted to combine creating something that would commemorate our anniversary as well do something that would give back to the local area, so that’s where the idea of the calendar came from. The Loch Lomond Rescue Boat is a hugely important organisation that relies heavily on donations and the hard work of its volunteers, so we really hope we raise lots of money for them.

“We’d urge local people to come along and visit one of the calendar outlets and buy one to support the rescue boat and the added bonus is they get a colourful and useful calendar to use right through until the end of May next year.”

Colette Sibley, Secretary of The Loch Lomond Rescue Boat also comments: “We’re delighted that Loch Lomond Shores is supporting us through calendar sales and would urge visitors to buy one, as all the money from sales will help us to continue doing the important work we do.”