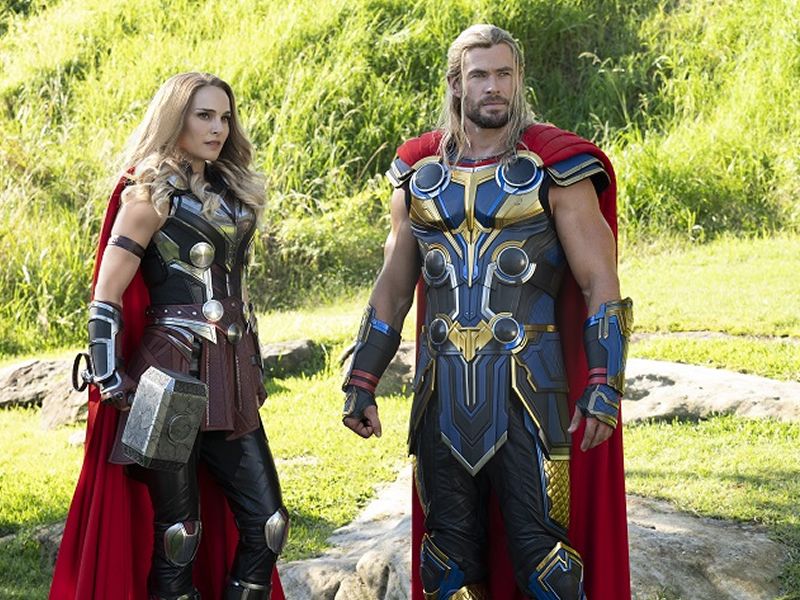 Families can enjoy the return of Gru and his mischievous mini masters of mayhem in Minions: The Rise of Gru, on Friday 1 July. Returning to the hugely popular world of Despicable Me, this animated prequel will introduce the origins of Gru in his quest to become the world’s greatest supervillain and how he met his iconic Minions to help him with his dastardly deeds.

For something a little more out of this world, Pixar’s Lightyear explores bold new frontiers in a definitive origin story of Buzz Lightyear, telling the story about the hero who inspired the toy. Following the legendary Space Ranger, Buzz and his crew find themselves marooned on a hostile planet 4.2 million light-years from Earth and must find a way to infinity and beyond! From the minds behind Toy Story, this interstellar adventure has already proven hugely popular with families with 81% of kids aged 6-12 giving a total positive review of the film.

Another heroic tale of adventure bolts into Vue this summer in Marvel’s Thor: Love and Thunder, out Thursday 7 July. The latest in the MCU’s superhero saga sees the mighty Thor embark on his most far out quest to date to find inner peace. However, all of this may prove difficult for the God of Thunder turned Avenger due to the return of an old romance and a new, all-powerful threat to the universe.

Newly released family favourites such as The Bad Guys and Sonic The Hedgehog 2 also provide plenty of laughs and good times for film fans looking to escape to the big screen this summer break.

Classic crowd-pleasers are also back on the big screen where they belong this summer. Family highlights over the summer holidays include classics such as Shrek 2, Boonie Bears: Back To Earth and The Gruffalo, providing plenty of perfect family moments at Vue during the school holidays.

Throughout the summer break, Vue’s Mini Mornings screenings every Saturday and Sunday at 10am will offer families the chance to see the latest kids films at just £2.49 a ticket if purchased online and £3.49 in person.

Eduardo Leal, Head of Screen Content at Vue Entertainment, said: “We’ve got a great selection of new and classic films on show, from fantastical adventures to hilarious animations.

“All films are screening from Edinburgh so it’s a perfect way to spend your time during the summer holidays, at Vue.

“Parents and children can come along, immerse themselves in great stories and switch off from the outside world.”

Tickets are available now at www.myvue.com