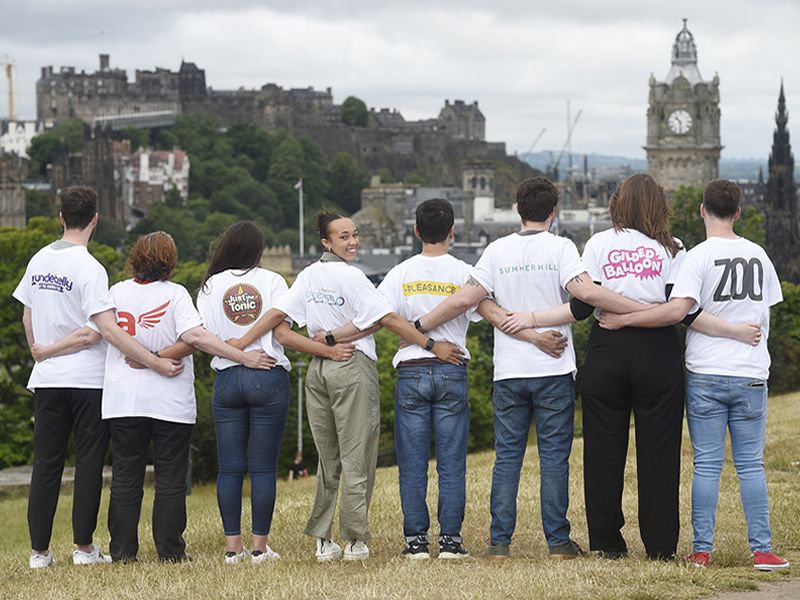 With tickets on sale from today, edfest.com provides a centralised booking and reviews hub providing access to 1,159 shows across comedy, dance, theatre, and music at 140 venues, featuring performers from 32 different countries.

Some notable performers and shows in the 2022 edfest.com line up are:

The new edfest.com website has been designed to give audiences a more bespoke experience, allowing them to search and find shows they will love. Companies and venues will update information on a regular basis and the public will be encouraged to review shows and share with their friends. The new experience gives ticket buyers a more rounded view of what’s on offer, replacing what word of mouth and poster clippings have done in the past.

Speaking on behalf of the eight edfest.com venues, Jim Hollington, CEO of Dance Base, comments; “The last two years have been incredibly hard for everyone in the arts and entertainment sector. It’s therefore critical that this year’s Edinburgh Fringe is a success, to protect the future of our own organisations, of the performing artists who make the Fringe, and of our contribution to the city of Edinburgh overall.

“As producing venues, we invest a huge amount of time, energy and money curating and producing some of the best entertainment in the world and bringing that to Edinburgh. Whilst the pandemic created numerous challenges, it did allow us to stop and think about how we could collaborate and do things better. Across the eight edfest.com venues we share a similar vision and so it made sense for us to pool our sales and marketing resources to drive efficiencies across our own operations and ultimately make things easier for customers. Our box offices will also all be linked and audiences will be able to buy for multiple venues.
Crucially this year we are going on sale earlier than usual to increase the sales window for bookings and generate much needed revenue.

“Putting the last two years behind us we would like to encourage everyone from Fringe loyalists who turn up every year, to Edinburgh locals and first timers to visit edfest.com, book some spectacular shows and once again enjoy the best possible Edinburgh Fringe experience this August. We can’t wait to get going!”