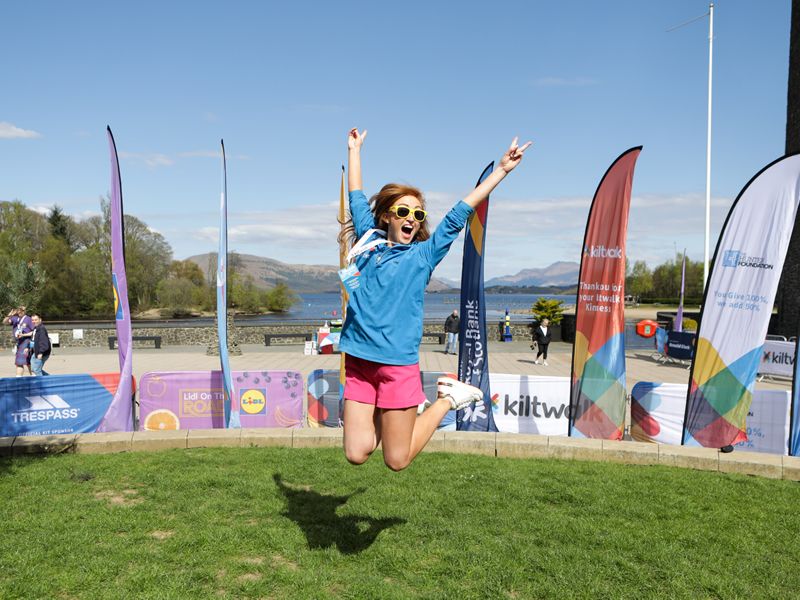 Walkers raised £2.7m and The Hunter Foundation provided a generous top up of 50%, amounting to £1.35m and boosting the final total to £4.05m which is now on its way to 685 Scottish charities.

Over the last six years, Scotland’s favourite mass participation charity event has now raised more than £33m for nearly 3,000 charities across the country.

In a video aimed at walkers, Sir Tom described the Kiltwalk as one of The Hunter Foundation’s proudest achievements.

The video was accompanied by a letter, which was emailed to each and every one of the 10,000 individuals who took part in the Glasgow Kiltwalk on Sunday 24 April.

Writing to them, the philanthropist said: “All your fundraising plus The Hunter Foundation’s 50% top-up means £4,050,000 is on its way today to 685 different Scottish charities. And how those charities large and small need our support more than ever, especially after the last couple of years.

“I just want to say thank you from the bottom of my heart for taking the time and making the effort to help the charity that you really care about.

“Your own charity will be in touch to thank you for your generosity but I also want to tell you personally how much I appreciate everything you achieved by wearing a bit of tartan and setting out in the sunshine to do something very special for your chosen charity. You’re making a difference and are part of something unique.”

Sir Tom also confirmed that the next Glasgow Kiltwalk would be held on 30 April 2023.

In the meantime, there is plenty of time to register for the next Kiltwalk taking place in Aberdeen on May 29, then St Andrews to Dundee on the 21st August and Edinburgh on the 18th September. There will also be a Virtual Kiltwalk weekend from the 7th – 9th October.

To sign up for the four remaining Kiltwalk events of 2022, visit www.thekiltwalk.co.uk