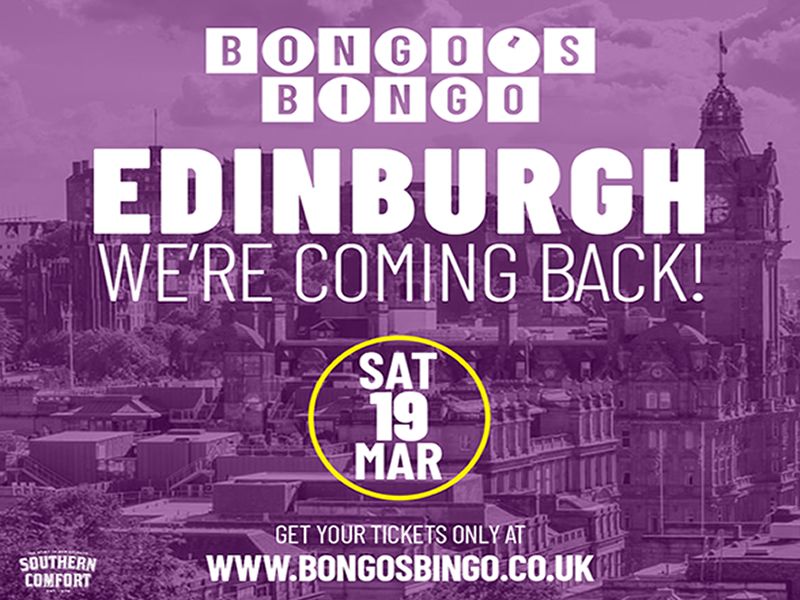 Bongo’s Bingo is back in Edinburgh

Starting on Saturday 19th March, Bongo’s Bingo is in the stunning Scottish city to reignite its love for one of the most brilliant crowds around, with a brand-new residency at the 02 Academy.

The UK’s original bingo rave phenomenon is back in 40 UK locations and is the defining immersive night out for millions of people across the nation. Expect a liberal allocation of celebrity cardboard cut outs, fluffy pink unicorns, crowd renditions of Mr Brightside, dance offs, many hands in the air moments and a mobility scooter for very good measure in what is the ultimate escapism for everyone. Bongo’s Bingo combines the much-loved quaint pastime of bingo with a mesmeric live show, crazy antics and weird and wonderful prizes which have helped create the most talked about night out in the country.

Tickets for the Edinburgh show are on sale on Saturday 22nd Jan 10am for credit holders and midday general release: www.bongosbingo.co.uk

Jonny Bongo says: “We can’t wait to return to Edinburgh and this fabulous Scottish city. Things have been going wild in Glasgow for some time now so we are going to be catching up with Edinburgh I feel very quickly. The people are amazing and we know how much they like to party, and bringing what we do to the O2 Academy is going to make for an incredible return show with lots more exciting plans to be revealed soon.”

Brace for a night full of madness, mischief and shared euphoria, with hits and bangers from across the ages and genres all night long – imagine N Trance’s Set You Free filtered via S Club and Gerry Cinnamon, to en masse Karaoke warbles of Total Eclipse of the Heart.