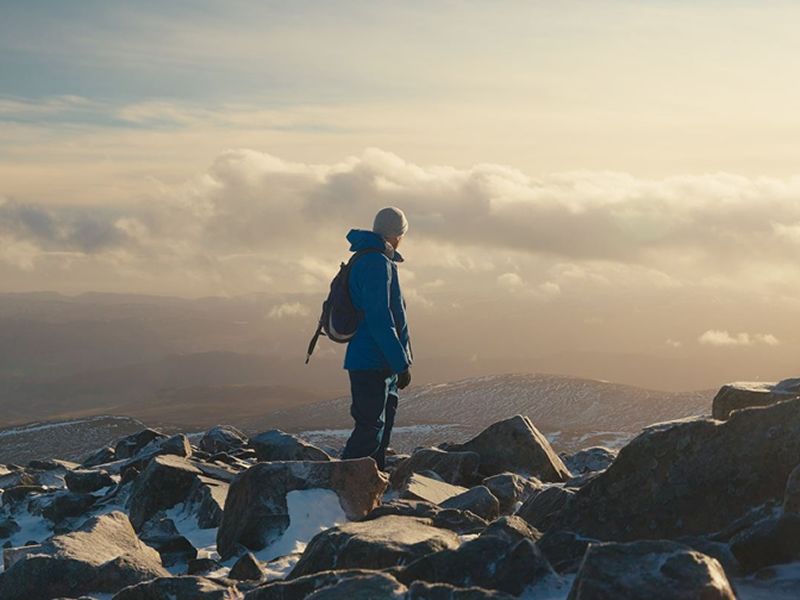 Following the global phenomenon of their 2021 film, Fare Well, Edinburgh’s Hogmanay has announced it will be releasing a new film on 31 December from 5pm, providing a free, digital and inspirational part of the new year celebrations, for which the live elements have been recently cancelled.

The film will pay tribute to the hope, love and optimism that people feel when celebrating Hogmanay with those that matter most after a tough year, whilst expressing a positive look forward to Scotland and Edinburgh’s future.

This new artistic collaboration is delivered by Edinburgh’s Hogmanay producer, Underbelly, on behalf of the City of Edinburgh Council.

This project has been made possible with support from HM Government Department for Digital, Culture, Media & Sport and titled, ‘Journeys Home’. The film is based on a short story written exclusively for Edinburgh’s Hogmanay by Kathleen Jamie, the current Scots Makar and draws inspiration from resilience and unwavering sense of community that Edinburgh residents and Scotland as a nation have shown throughout the pandemic.

The film features a specially composed soundtrack by Rura, one of Scotland’s most highly acclaimed folk bands featuring Jack Smedley, Steven Blake, Adam Brown and David Foley. With their distinct blend of fiddle, Highland pipes, flute, bodhrán and guitar, Rura capture the true essence of Hogmanay whilst also starring in the film themselves.

The film follows Kathleen Jamie’s four characters; Cait, Donald, Nana Jean and Calum, who narrate their personal Hogmanay stories, contemplating Hogmanay’s past and loved ones lost, as well as their hope and optimism for future Hogmanay celebrations to come.

‘Journeys Home’ is part of Edinburgh’s Hogmanay’s continued commitment to providing a free, digital element of the new year celebrations that everyone can enjoy from the comfort of their own home. The film, co-conceived by Underbelly and Arms & Legs, produced by Underbelly and directed by Ross Addy will premiere on the 31 December from 5pm on the Edinburgh’s Hogmanay website here.

From 28-30 December, Underbelly will stream daily at 5pm their 2020 production of Fare Well, which became a global phenomenon, seen by over 1 billion worldwide.

Underbelly Co-Directors, Charlie Wood and Ed Bartlam said: “’Journeys Home’ felt like the perfect theme for this year’s film, as people yearn to gather for Hogmanay. Collaborating with the creative brilliance of Kathleen Jamie, Rura, and Arms and Legs has been a true honour - together they have made a film which will sing out to the world the creativity of Scottish artists and the hope and optimism that Scotland have for the new year.”

Scots Makar and ‘Journeys Home’ Writer Kathleen Jamie said: “As a writer, I’m not a great believer in ‘inspiration’. You just have to look and listen. We all know New Year is a complex time, more than just a big party – though there is joy and excitement too! But even in my own circle we have people who’ll be spending Hogmanay working in hospitals, or grieving loved ones lost in 2021, or who have had to cancel family visits yet again. We all know people who can’t bear to be alone, and others who take solace in the natural world, or in art and music. In “Journeys Home” I hope you will find someone or something you recognise, as we take leave of 2021, and look forward to better days ahead.”