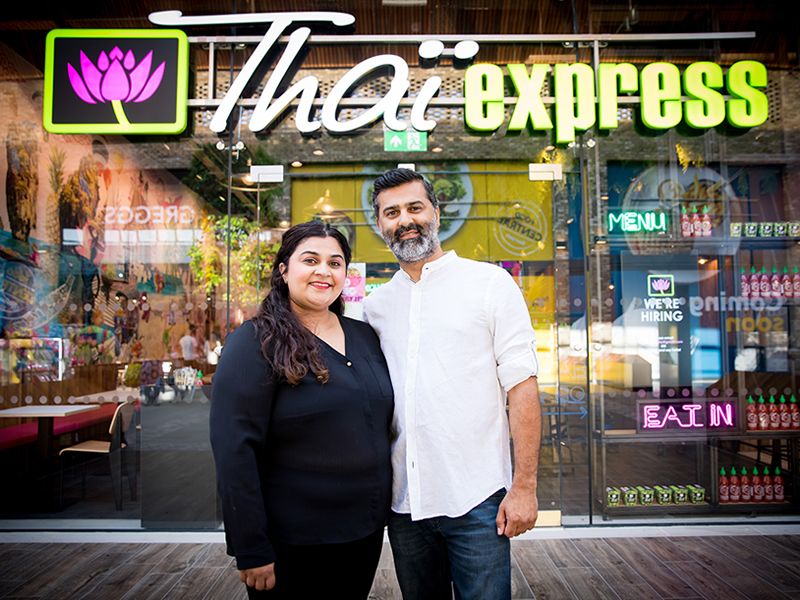 A BRAND recognised around the world for its fast and fresh take on traditional Thai cuisine is opening its first Scottish restaurant - in the heart of the capital.

Thai Express Kitchen will launch within St James Quarter this month, a milestone moment for the Canadian brand – and its first “kitchen” venture within the UK, expanding on its beloved takeaway menus to also offer casual dining and a licensed bar.

The Edinburgh restaurant will centre on an open-plan kitchen, with expert wok chefs cooking to order and using fresh and seasonal produce.

Customers will be able to choose from a mostly familiar menu, including pad thai, green curry and papaya salad – however they’ll be encouraged to customise their dish and request their level of spice.

It’s an exciting moment for Uzma and Sachin Pattani, who brought the 300-outlet “Thai Express” brand to the UK in 2012.

As the first Thai Express “Kitchen”, Edinburgh will be their eighth and largest setting, with St James Quarter joining similar buzzy locations including Croydon, Wembley and Birmingham.

Sachin, 42, has been at the heart of the £100,000+ transformation of the site, project managing each process to ensure they meet exceptionally high standards – as well as hand-picking a 35-strong team.

He said: “In our view Thai food is the most exciting cuisine in the world. We can’t wait to open our doors and bring the Thai Express brand to Edinburgh and Scotland.

“I got involved with the brand because I am a Thai food obsessive. I wanted to find the world’s best Pad Thai and bring it to these shores. We can cater for people just like me, who’ll go to lengths to find the best Southeast Asian food.

“Likewise we’re fiercely proud to be affordable and accessible. This cuisine should be opened up to everyone – and our chefs are happy to adapt and listen to the customer.

“Edinburgh will shake up the stale food-to-go market, giving an alternative to pre-packed sandwiches, while also offering our first restaurant setting in the UK.”

The eatery, within the £1billion St James Quarter’s Leith street Eats area, will feature 100 covers. For the first time in the UK it will bring innovative “double decker” seating pods, giving groups a mix of privacy and fun to add to the experience.

Originally from Canada, Thai Express is now featured in more than 6 countries. It is the global leading brand for fast casual Thai Dining – and it attracts a wide audience, from families to students to office workers, with a combination of fresh food at a reasonable price.