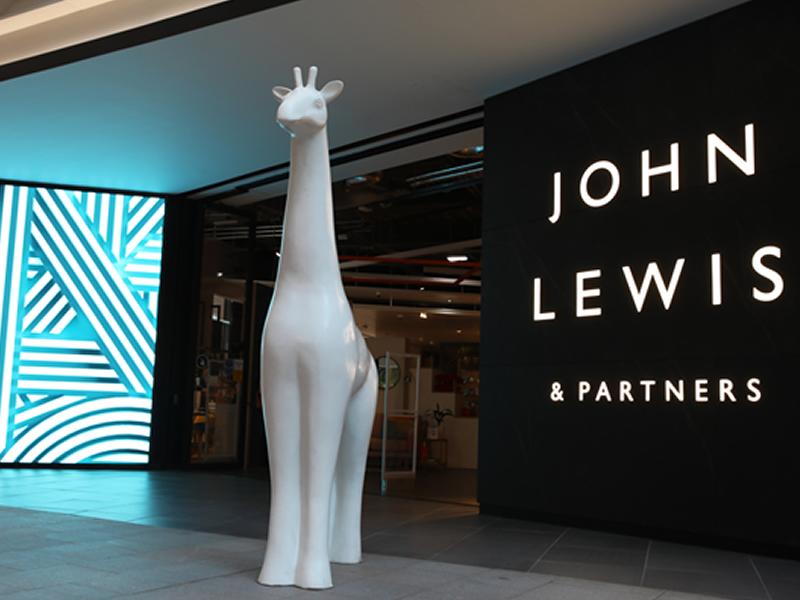 John Lewis & Partners Edinburgh has been announced as the first sculpture sponsor of Giraffe About Town, a large-scale public art event taking to the streets of Edinburgh in Summer 2022 in support of wildlife conservation charity, the Royal Zoological Society of Scotland (RZSS).

In partnership with Wild in Art, RZSS will display a herd of more than 40 eight-foot-tall giraffe models across Scotland’s capital to help the city recover after lockdown and raise much needed funds for wildlife conservation.

Each giraffe sculpture will have its own sponsor and be designed and decorated by artists and communities to celebrate Edinburgh’s extraordinary heritage and cultural diversity.

David Field, RZSS Chief Executive, said: “We are delighted to welcome John Lewis & Partners Edinburgh as the first sculpture sponsor for our Giraffe About Town trail. Their support for our charity will help local people and tourists fall in love with Edinburgh all over again.

“After the immense challenges we have all faced over the last year, Giraffe About Town will encourage people to explore the capital’s iconic locations and hidden gems as they enjoy a trail of stunning sculptures while supporting the recovery of our city and helping to protect animals in Scotland and around the world.”

It is hoped John Lewis & Partners Edinburgh will be the first of many sculpture sponsors on board for the exciting city-wide public art trail next year.

Barry Blamire, Head of Branch, said: “Having seen the success of previous sculpture trails around the city and knowing how much they appeal to residents and visitors alike, we can’t wait to be part of Giraffe About Town next summer.

“This past year has been very challenging for our city and we are delighted to be participating in such a celebratory event, joining RZSS in encouraging the people of Edinburgh to ‘look up’!”

In May, John Lewis & Partners Edinburgh re-opened its doors and celebrated the completion of a five-year, multi-million-pound refurbishment project. Now, as part of the newly opened St James Quarter, the department store boasts a World of Design home styling hub, men’s and women’s styling studios, a Beauty Society, and an optician, in addition to five floors of the latest in fashion, homeware, beauty and tech. The shopping landmark has also introduced new brands such as Givenchy, Longchamp, Hermes and Jo Malone.

The organisation joins Glenmorangie, Giraffe About Town presenting partner, as the first official supporters for the event.

For more information on becoming a Giraffe About Town sponsor please visit giraffeabouttown.org.uk/sponsors