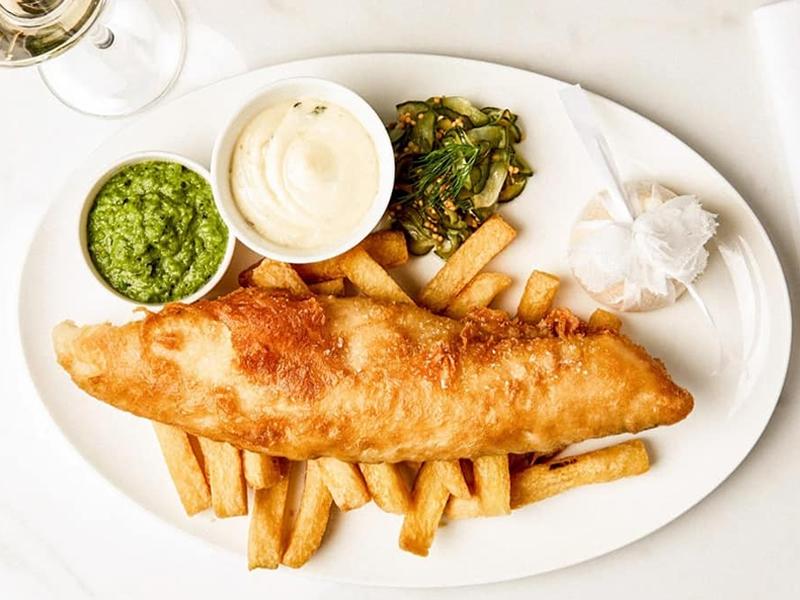 If you are lucky enough to live in Scotland’s capital city, then you are completely spoiled for choice when it comes to eating out. From Michelin starred fine dining and contemporary cuisine through to good old fashioned pub grub, there are many delicious restaurants just waiting to be discovered. As Scotland’s tourism capital, Edinburgh is a bustling metropolis of different cultures and that’s reflected in its restaurants with every style of food imaginable found on the city’s menus, including a huge array of tempting fish dishes.

As part of its mission to inspire the nation to eat more seafood, Love Seafood has rounded up some of the best Edinburgh restaurants where locals can tuck into tempting white fish which will have you coming back for more.

White Horse Oyster and Seafood Bar
www.whitehorseoysterbar.co.uk
Spend the day like a tourist and soak up the history and heritage of Edinburgh’s Royal Mile and then enjoy a delicious seafood meal at the White Horse Oyster and Seafood Bar which happens to be located in the oldest inn on the Royal Mile. The restaurant’s small plates are cooked to perfection including the monkfish satay served with sides of seaweed slaw and straw fries which makes for the ultimate combo.

The Fishmarket Newhaven
www.thefishmarketnewhaven.co.uk
If fish and chips are your thing then you have to try the Fishmarket in Newhaven. With roots dating back to the 18th century, The Fishmarket offers up some of the finest fish and chips on the east coast. No ordinary chippy, the family run business serves fish and chips with flare and is renowned for a gourmet cooked-to-order experience, using only the freshest local catch. Crispy haddock served in the takeaway’s signature batter has kept this eatery a firm favourite with locals and tourists alike. If eating on the go isn’t your thing, give their adjoining restaurant a try.

Teuchters Landing
teuchtersbar.co.uk
In the popular shore area of Leith, Teuchters Landing is renowned for its great food, whisky hoopla and large outdoor terrace. Serving comfort food at its finest, this relaxed pub is known for its welcoming atmosphere and range of excellent seafood dishes. Alongside standard plates are a range of dishes served in mugs, including two very Scottish options made using delicious smoked haddock - Cullen Skink (creamy smoked haddock soup) and Kedgeree (curried smoked haddock risotto). Can’t decide which to try? Why not have a small mug of each.

The Musel Inn
www.mussel-inn.com
Sandwiched between Edinburgh’s two most prominent streets, Princes Street and George Street, The Mussel Inn is a true hidden gem. An award-winning establishment, this restaurant is the perfect place to experiment with new seafood dishes. Alongside their epic selection of mussels, we’d also recommend the whitebait served with roasted red pepper and garlic dip and seabass served with a chorizo and butter bean cassoulet. Booking in advance is recommended as this restaurant is only open Thursday – Sunday and we don’t want you to be disappointed.

Ondine
www.ondinerestaurant.co.uk
If far-away flavours are your thing then look no further than Ondine in Edinburgh’s old town. Famed for its strong sea to plate ethos, Ondine is one of the city’s most famous seafood restaurants. Try the classic fish soup enhanced with North African flavours of pungent saffron and oranges and a Harissa based Rouille or the spiced monkfish with Bhata aubergine which will take your taste sensations to a whole new level.

So if you’re inspired by some of these delicious sounding dishes then why not treat yourself to a fish feast at one of these fabulous restaurants on your doorstep.