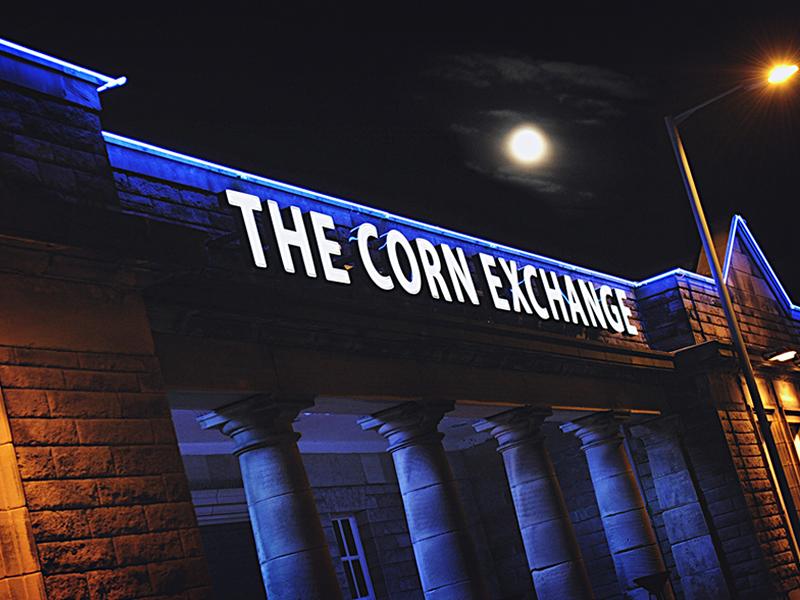 A category B listed building with a unique history, the Corn Exchange was built in 1909 and over the last two decades, Marco’s Leisure Ltd has transformed the Corn Exchange to become one of the city’s largest standing, multi-purpose, award-winning venues.

“We’ve been keen to expand our O2 Academy brand in Scotland for some time and we’re delighted to now be in Edinburgh, it’s an inspiring city with a thriving appetite for music and culture” says Graham Walters, Chief Operating Officer, Academy Music Group. “We see huge potential with this venue, it fits with our ethos of investing in heritage buildings, with the right capacity of 3,000 to bring world-class entertainment to the city. It also has a number of diverse secondary spaces, flexible formats and configurations that we’ll be looking at over the coming months to complement programming and events in the main auditorium”

Gareth Griffiths, Head of Sponsorship, O2, adds: “The new O2 Academy Edinburgh is a brilliant addition to our O2 Academy estate. It’s a beautiful venue and as entertainment begins to return this further demonstrates O2 and Academy Music Group’s commitment to enhancing the live industry in Scotland, one of the best places to watch music in the UK.”

Paul DeMarco, Managing Director, Marco’s Leisure Ltd concludes: “When Marco’s Leisure bought the Corn Exchange in Chesser 22 years ago, we started with a plan to be Edinburgh's go-to concert venue and ran over 300 live shows, as well as welcoming 3 million visitors to gigs, conferences, banquets, weddings, exhibitions and parties, creating one of the busiest and most successful venues in Scotland. We are happy to pass on the baton to the top professionals in the live music industry who will ensure it continues to play a major role in Scotland's events industry for many more years to come. Marco’s will continue to operate and expand its leisure business.”