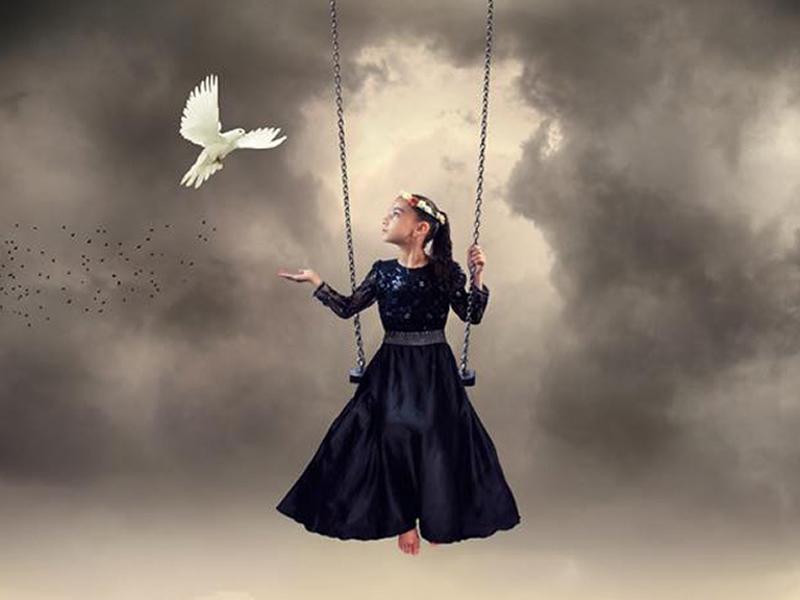 Among the headline offerings are a poignant new choral work, No Alleluias: A Requiem for 2020, specially commissioned to celebrate the festival’s 21st birthday and an online appearance by former Children’s Laureate Michael Rosen who spent several weeks in intensive care after contracting Covid-19.

Both reflect on the extraordinary experiences faced during the past year and Rosen – “not dead yet,” he says – considers how we can emerge from the pandemic with a more equal future.

Originally established as the Festival of Spirituality and Peace, Just Festival celebrates humanity in all its differences and encourages the exploration of new perspectives in the hope of reducing religious, political and social intolerance.

Festival director Helen Trew says: “The last year has shattered many illusions and laid bare the inequality at the heart of our society.  So, as we come of age, it is time to put our shoulder to the wheel of a better, fairer, inclusive future for us all.”

Running from August 6-30, the festival features a range of innovative events and art installations presented, through a blend of digital discussion and performance plus live audience event, in St John's Church and the surrounding area.

The No Alleluias requiem, a mix of live and virtual choir, was inspired by preacher and theologian Rev Dr Karen George Thompson and describes her experience of last Easter Sunday. Having lost her father to Covid and been infected with the virus herself, she also saw her community suffer and found the uplifting Easter message replaced with melancholy. The resulting choral work, composed by Anthony Hammond with lyrics by Robert Rae, is an extraordinarily moving piece and will help close this year’s festival.

The programme also includes: a live installation of Peace Cranes when 140,000 origami birds will be positioned throughout St John's Church as symbols of hope for inter-generational justice and a call for a solution to the nuclear and climate emergencies; Photography under Siege, an exhibition of photographer Mahmoud al Khurd’s images of life in Gaza today and an evening of music and conversation with Northern Irish peace activist Tommy Sands.

And the Cabaret of Dangerous Ideas returns this year, looking at issues including children’s access to nature and outdoor play, debating whether we need to-re-wild youngsters.

With the exception of the No Alleluias performance, all events are free to attend, although a donation is suggested to support the festival whose main sponsors this year are Elephants in Action, a part of ELE Global, with support from EventScotland, Scotland's Events Recovery Fund and the Culture & Business Fund Scotland, managed by Arts & Business Scotland.

Paul Bush OBE, Director of Events, said: “The Just Festival is a timely event that I am sure will spark engaging debate while offering a welcome return to in-person experiences for audiences alongside its impressive virtual programme and I am delighted that EventScotland has been able to support it through Scotland’s Events Recovery Fund.”

Helen Foord, CEO and founder of ELE Global comments: “The team is delighted to be supporting Just Festival again, helping to celebrate 21 fantastic years. And we’re proud to be associated with an event whose values of tolerance and encouraging new ways of looking at the world are ever more important in these challenging times.”