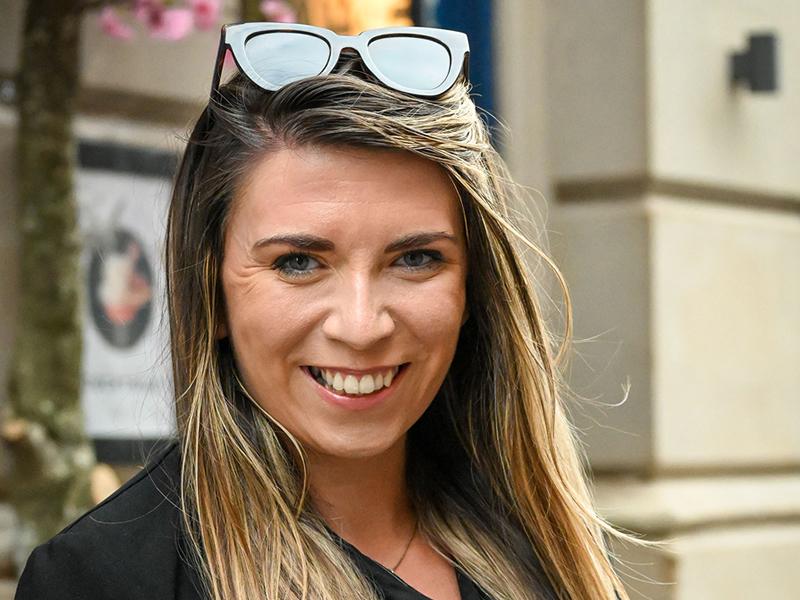 The initiative, funded by the Scottish Government and led by Scottish Tourism Alliance, is supporting businesses to fill staff shortages that have occurred as a result of Brexit and encourage those aged 18-30 to play their part in helping businesses recover from the Coronavirus (COVID-19) pandemic by applying their skills to the diverse job opportunities available now.

Edinburgh-based Signature Group has a predominately young workforce and a portfolio of 21 bars, restaurants and hotels in Edinburgh, Glasgow, St Andrews, Bridge of Allan and Aberdeen, including the iconic Cold Town House in Edinburgh’s Grassmarket.

Business Development Manager, Hannah McConnachie, 29, has been appointed as the campaign ambassador for Signature Group, which includes promoting the range of roles currently available within the business and helping people find a job that suits different skill sets.

A graduate of Edinburgh’s Queen Margaret University, Hannah has over 10 years’ experience in the hospitality industry, including former key roles supporting local community events at Signature’s other venues in St Andrews and the Bridge of Allan.

During her time at Signature, Hannah has quickly progressed with her career within the company, moving from working front of house, co-ordinating Christmas bookings and events to looking after community activities across all Signature venues, as well as all other marketing activity.

“We’re really pleased to be supporting this vital campaign. It’s more important than ever that we get the message out there that young people within Scotland have the opportunity to play an important role in helping the struggling hospitality sector get back on its feet after the damaging impact of the pandemic. Employing committed, talented and enthusiastic staff will be an important part of that process.

“Whether it’s meeting new people, being part of a team, or working with food and drink, Signature has a host of job opportunities needing filled right now to suit a range of passions and interests. The possibilities for a career in hospitality at Signature are endless. Whatever you love doing, there’s a job in hospitality for you.

“From working front of house, in the kitchen, accommodation management to digital development, Signature has transformed its operations to include a variety of role across all entry levels with great long-term career opportunities. We now have a wide variety of roles available across our Scotland-wide portfolio of venues, including chefs, front of house and back of house.

“Having worked my way up at Signature over the last 10 years, I can say from experience that no two days are the same. There are no limits to what you can be or achieve at Signature.”

Signature Group owns and operates Edinburgh’s Cold Town House in the Grassmarket; McLaren’s on the Corner in Morningside; The Huxley and The Rutland on Rutland Street; Copper Blossom on Gorge Street; Badger & Co on Castle Street, and a number of other quality food and drink venues across the capital and the rest of Scotland.

For more information about Signature Group and a full list of venues, visit: https://signaturepubs.co.uk/venues/