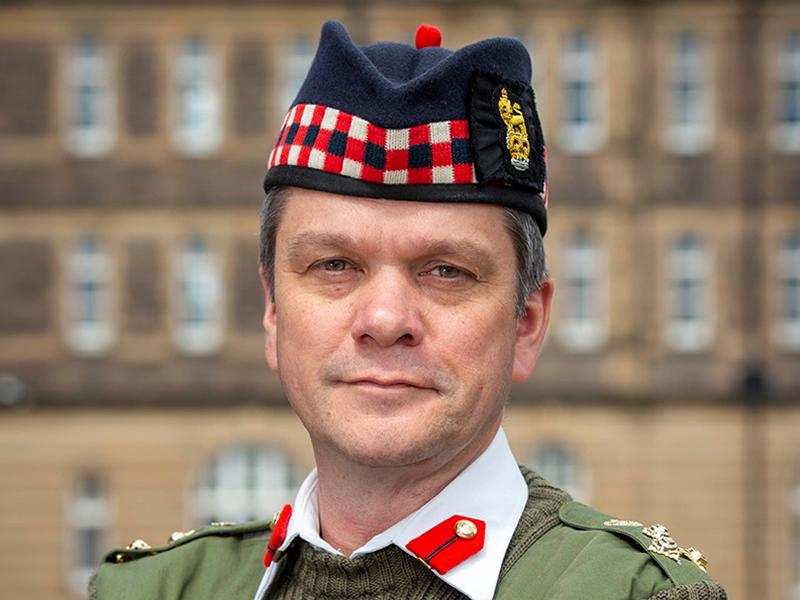 Army’s commander in Scotland looks forward to continuing its support for a great Scottish festival at the heart of cultural life.

As ever it aims to present bold, high-quality, independently produced performance art – much of it from Scotland.

The venue, in East Claremont Street, is being adapted to create a COVID-safe environment for a programme that will feature theatre, comedy, cabaret, installation, conversation and more.

The programme explores everything from the tales of Gorbals folk heroes, the experiences of a Pakistani family arriving in 60s Scotland and a dramatic escape from the Soviet Bloc to a magic show inspired by the tricks which fooled the smartest minds and a variety show packed with comedy, music and fun.

Tickets for these shows go on sale this week and from next Thursday they will be available for:
• Punch, with Johnny – The Arts Enigma
• Dandelion – Creative Electric.

Brigadier Ben Wrench, commander of Army Headquarters Scotland, said: “I’m delighted to announce that Army@TheFringe will be back on stage for 2021 – and in a COVID safe environment.

“The Army in Scotland has had a busy year protecting people through our support to government COVID testing and vaccination programmes, while continuing to train and deploy soldiers around the world.

“But we believe it’s important to also maintain our contribution to this great Scottish festival at a time when it is under pressure, and to support the prosperity and cultural life of the city in which our Headquarters is based.

“It’s a mark of the agility of our people that we are able to turn on a pin from delivering operational and public safety missions to supporting the nation’s cultural life, especially in a year in which the Royal Edinburgh Military Tattoo has had to be cancelled.”

This will be the fifth edition of Army@TheFringe and Since its launch in 2017 it has hosted a wide range of productions which explore themes connected to service life, or values such as diversity and inclusion.

These are all aimed at providing insights into different aspects of the military and creating a public dialogue about its role and interaction with society.

Lt Col Gordon Mackenzie, director of Army@TheFringe, said: “Since 2017, we’ve had theatre, dance and even contemporary opera productions from Britain and around the world, with thousands of people interacting with our soldiers at our unique venue.

“This year the programme will be more stripped-back with smaller shows, but we hope the effect will be just as exciting.

“Our plan is to reflect a diversity and genres and to include works by a number of Scottish and Edinburgh-based artists.”

Last year the event shifted to a fully virtual programme at short notice and was rebadged Army@TheVirtualFringe. But this year the Army is drawing on its COVID-management expertise in order to deliver in-person performances.

The East Claremont Street venue in Edinburgh’s New Town is being configured with a computer-modelled ventilation system, a covered outdoors reception area with sanitisation stations, socially-distanced seating with reduced numbers and one-way traffic flow, a track and trace system, and an intensive cleaning programme between performances.

Serving personnel will be trained to safely conduct all the front of house audience interaction for the event.

Lt Col Gordon Mackenzie added: “For people looking to feed their longing for stimulating and contemporary live theatre and art in a safe environment, Army @The Fringe offers a way of sating your appetite while challenging your expectations.”

• Tickets will be available from 8 July at Edfringe.com or Army@TheFringe.com.