Runrig fans and music lovers can look forward to a unique insight into rock and folk history when the much-anticipated documentary There Must Be A Place is released on Friday 29th October. 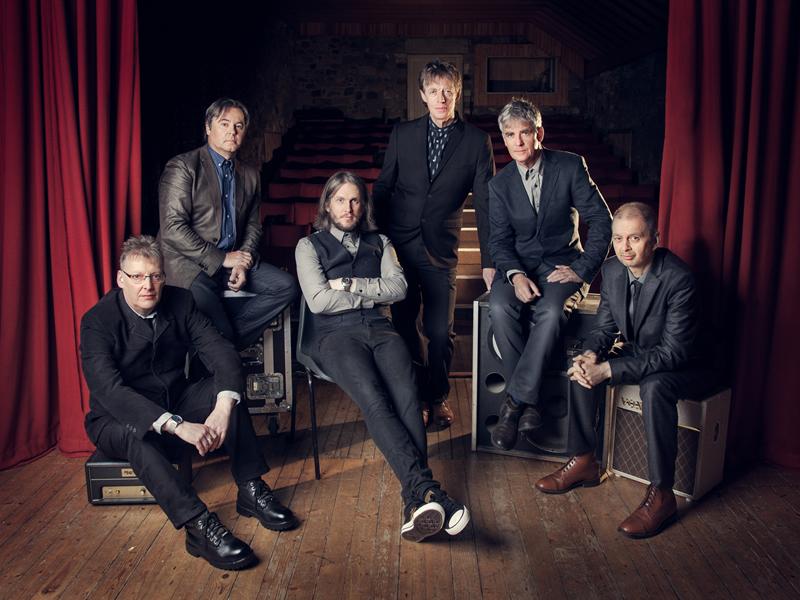 With unprecedented access to the band’s personal archives the film is the definitive story of one of Scotland’s most popular and iconic bands.

The 100-minute music documentary is available to preorder from Cherry Red Records. A deluxe coffee table book edition includes a standard and Blu-ray DVD version of the feature-length documentary together with a wealth of exclusive photographs. Fans can also preorder limited editions of There Must Be A Place T-Shirt, film print and postcards.

European fans can preorder the film from Sony Music Entertainment Germany in DVD format, Blu-ray and a limited edition boxset.

Runrig’s story is an emotional tale of ups and downs, twists and turns, tears of joy and heartbreak. From humble beginnings as a ceilidh band started by two brothers and a friend from the Isle of Skye in 1973, they grew to become one of Scotland’s best-loved groups, selling out concerts across the world, from the dance halls of the Scottish Highlands and Islands to New York’s Times Square.

With lead singer Donnie Munro (1975 - 1997) they went from a young band chasing a dream to signing a major record deal with Chrysalis Records, and playing an iconic gig at Loch Lomond in 1991 in front of 50,000 fans.

After Donnie left to pursue a career in politics, the band could have crumbled, but instead, an exhaustive search for a new singer led to the chance discovery of Bruce Guthro (1998 - 2018). Bruce extended the life of the band by twenty years, leading to chart success and European tours.

Runrig’s journey ended in 2018 with two emotional farewell concerts under Stirling’s historic castle, where 50,000 fans sang, cried and danced out their memories.

Runrig founding member Calum MacDonald: “This documentary has been many years in the making, and in it's making; it has at times, mirrored the very narrative portrayed on film. 45 years is a big canvas to cover and from our Last Dance concerts in 2018, through to the realities and challenges of the global pandemic, Blazing Griffin has worked resolutely to bring this film to a place of completion and excellence.”

Rory Macdonald, Runrig: “It is a privilege to have our story documented in this manner. The narrative is well observed and the film sequences are compelling. We thank director Jack Cocker and the whole BG team for such a sympathetic and insightful critique of our career in music.”

Produced by BAFTA award-wining digital entertainment company Blazing Griffin the film is credited with 54 songs, including rousing renditions of ‘Loch Lomond’ and ‘Hearts of Olden Glory’, capturing the close emotional connection between the band and their loyal fans.

Steven Little, Producer: “It’s been an absolute honour to make this heartfelt documentary. The band members trusted us with their most prized possessions, including an incredible collection of private images, packed with personal stories, triumphs and unforgettable moments. We are thrilled with the finished film and can’t wait to hear what Runrig’s fans worldwide have to say. I’m sure they’re going to love it.”

Jack Cocker, Director: “Runrig have always been ‘Scotland’s house band’. After all, no Scottish wedding is complete until we’ve all danced our socks off to Loch Lomond! Over their long career, Runrig helped Scotland see itself differently, more confidently, and not only that - they took our culture and shared it with the world. I hope that in telling their story, we can maybe turn a few new people on to what a brilliant band they are.”

David Smith, Director of Screen at Screen Scotland said: “The film’s talented creative team have created an incredible tribute to Runrig and the significant cultural contribution they have made over the last 40 years, both in Scotland and promoting Scottish music and Gaelic culture across the world.”

There Must Be A Place is directed by Jack Cocker and produced by Steven Little. Executive Producers include Naysun Alae-Carew, Blazing Griffin, Mark Thomas, Helen Searle and Judi Hollings. Picture and post production is by Blazing Griffin Post, John Cobban, Dubbing Mixer, and Jon Bruce, Colourist.