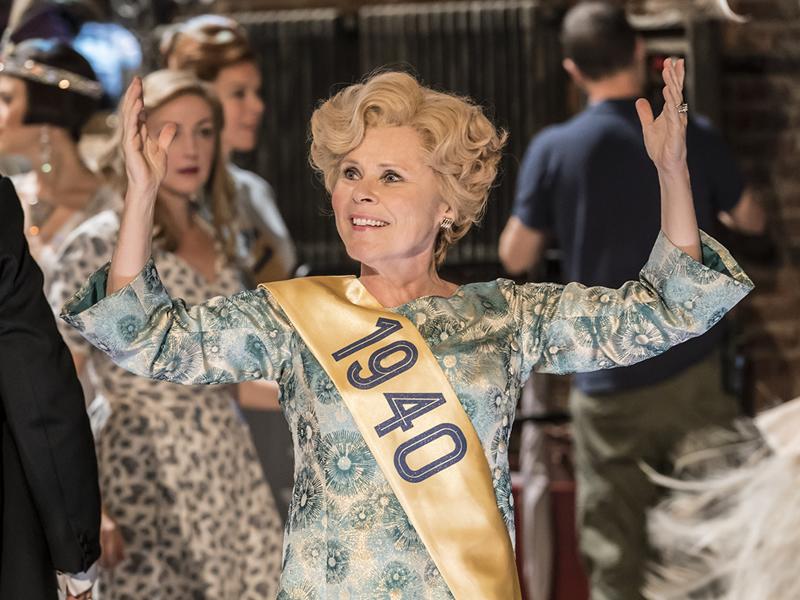 Fans of the theatre are invited to experience front row seats at the Olivier stage for National Theatre Live: Follies, as the production will be screening at Vue – and tickets are now on sale.

Including classic songs such as Broadway Baby, I’m Still Here and Losing My Mind, Stephen Sondheim’s legendary musical is directed by Dominic Cooke and was filmed live in front of an audience at the National Theatre. Tracie Bennett, Janie Dee and Imelda Staunton play the magnificent Follies in this dazzling production, featuring a cast of 37 backed by a 21-piece orchestra.

Set in New York, 1971, at the Weismann theatre which is due to be demolished the following day, the Follies girls return to the stage one last time. Thirty years after their last performance and after a few drinks, egos are unleashed, lies are exposed, and secrets are revealed. Winner of Academy, Tony, Grammy and Olivier awards, Sondheim’s previous work includes A Little Night Music, Sweeney Todd and Sunday in the Park with George.

Robert Smith, General Manager of Vue Edinburgh Omni, said: “We’re thrilled to allow our customers to experience the excitement of live theatre from the comfort of the big screen. The best music deserves the best sound – and you’ll be able to hear every note through our Dolby sound systems.

“This means you’ll feel like you’re in the middle of the musical, and it’s experiences like these that our customers have been waiting for during the last year. We hope they will be as excited as we are and look forward to returning to the cinema.”

Vue customers can rest assured that they can still sit back, relax and Get Lost in great stories as safely as possible, with physically distanced seating aided by improved online booking, enhanced cleaning, reduced touchpoints throughout all venues, as well as enhanced ventilation systems.