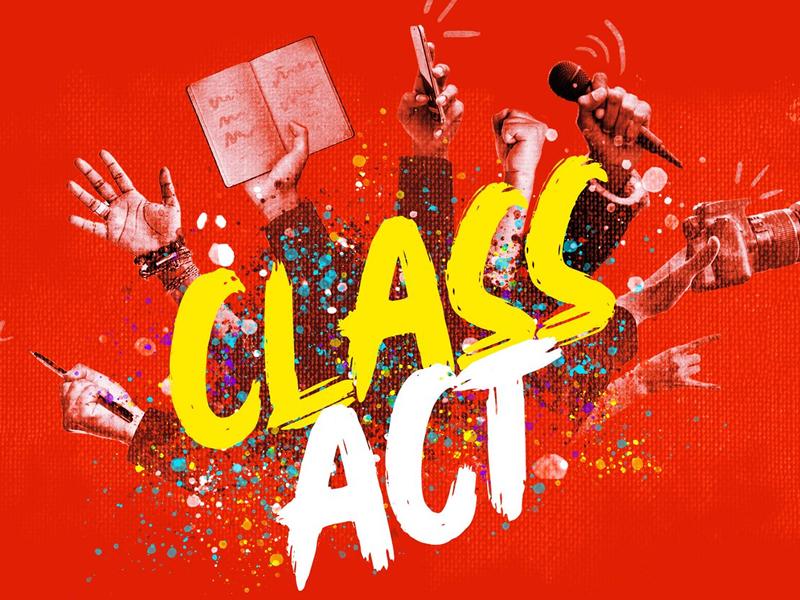 • Posters will be on display until Mon 19 April

• Activity is part of the Traverse’s flagship Class Act programme, which is approaching its 30th anniversary

With many unusual situations and vivid characters (some of whom you may recognise), they cover a wide range of subjects – from mental health to current politics, and killers on the run to reality TV, and everything in between!

The scripts are displayed across 17 poster sites including at the Traverse Theatre, along Lothian Road, on Fountainbridge, South Clerk St, Dalry Road and Potterrow – a full map can be viewed here.

The posters have been designed by Orlando Lloyd, and the trail has been made possible with the support of Jack Arts.

The Traverse’s Creative Development Producers, Robbie Gordon and Wezi Mhura, said:
“Although the pandemic created challenges for delivering 2020’s Class Act project, it has also created some fantastic opportunities, such as this chance to share the thought-provoking and lively work of participating students with the whole of their home city. We’ve been constantly excited and inspired by the vision and imagination of all the students we’ve worked with, their determination to create even in difficult circumstances, and how passionate they are about a range of topic. We’re delighted that people around the city will be able to experience their brilliant words and ideas over the next couple of weeks.”

Class Act is the Traverse’s annual creative learning programme, which pairs established playwrights with students from secondary schools across the city to transform them into writers, creative original short plays which would usually then be performed on the Traverse’s main stage. It has also been run in international locations including Ukraine and India. In 2021, the programme will celebrate its 30th anniversary.

For the first time, participants in Class Act’s 2020 edition also took part in workshops from Scottish creatives across a range of disciplines, including:

You can find out more about Class Act and the poster trail here.

The Traverse is funded by Creative Scotland and The City of Edinburgh Council, with additional support from The Scottish Government Performing Arts Venues Relief Fund.