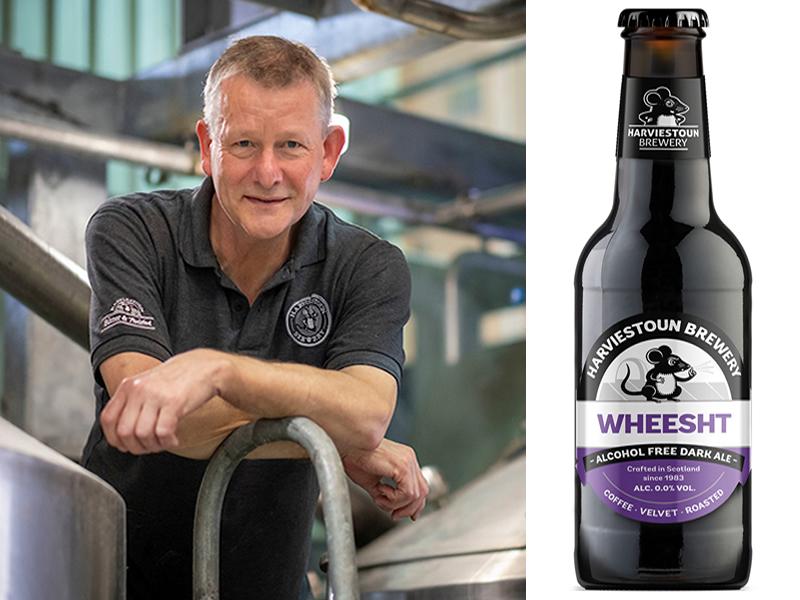 ‘Dry January’ is the UK's one-month booze-free challenge that helps millions reset their relationship with alcohol every year and is run by the charity, Alcohol Change UK.

Named after the old Scottish slang for ‘quiet’, Wheesht is a 0.0% vol dark ruby ale created by the innovative team of brewers at Harviestoun Brewery, based in Alva near Stirling.

Wheesht is available to buy direct from Harviestoun’s online shop in cases of 12 and 24 bottles, including UK-wide next-day delivery.

Stuart Cail has been Master Brewer at Harviestoun Brewery for over 20 years. He said:

“Wheesht was a real challenge for the brew team as it’s like nothing they have brewed before.

“We wanted to create a non-alcohol beer that was full of flavour and aroma. It has taken us a while to perfect, but it is worth the wait. Now we’re encouraging people to take the ‘Dry January’ challenge with the country’s first alcohol-free dark ale.

“Roasted malt and oats create a really nice background that give body and hints of sweet dried fruit. This is complimented by the fruity, spicy aromas from the hops.”

To find out more about Dry January and Alcohol Change UK, visit https://alcoholchange.org.uk/get-involved/campaigns/dry-january