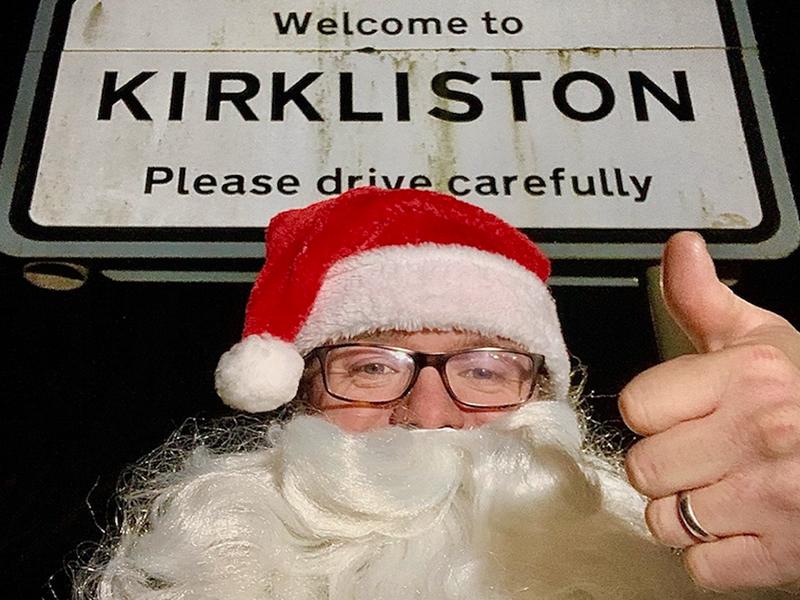 The curse of COVID has crushed festive plans for so many, but a local resident was determined to keep spirits high in his village, Kirkliston, this year by working hard to preserve a tradition that has been cherished for many years gone by.

This year’s plans for Santa’s visit were set to be scuppered with the council calling time on the activity earlier in the year due to the potential health and safety hazards that it could impose, however after much determination and good will, members of the community have managed to use their connections and influence to save the event.

Geoff Crow, Director of local company 21CC Group, and responsible for the team who successfully delivered Wondrous Woods at Hopetoun House earlier on this year, comments, “We understand that this event was initially cancelled for very good reasons but with the release of new government guidance, my team and I, along with some residents of the village were able to find a way to make this happen safely this year.

“This is such a wonderful example of community solidarity and togetherness, and we’re absolutely delighted to be sharing this news with the village. I personally can’t wait to see the smiles on so many children’s faces on Christmas Eve after what has been such a hard year for so many families.”

Alex Cole-Hamilton, MSP for Edinburgh Western comments, “I am absolutely thrilled that Santa will be making an in-person appearance in Kirkliston, on Christmas Eve ahead of his world tour that evening. How lucky are we?! This will be such a lift at the end of a dark year. Particular thanks to his helper, Geoff Crow for making it happen.”

Joining in with the festive fun is local Lib Dem councillors Kevin Lang and Louise Young, who will be dawning their elf outfits and joining Santa on route. Children will be able to watch Santa and his elves pass by from the safety of their homes and gardens.

Santa’s tour of the village on Christmas Eve will commence at 3.30pm before taking to the skies, to fly over Queensferry and the Firth of Forth on their way across to Fife and beyond.

21CC Group are an Edinburgh based Event Management company, established in 1999. They produce events around the country for corporate groups, festivals, local authorities, and private clients.