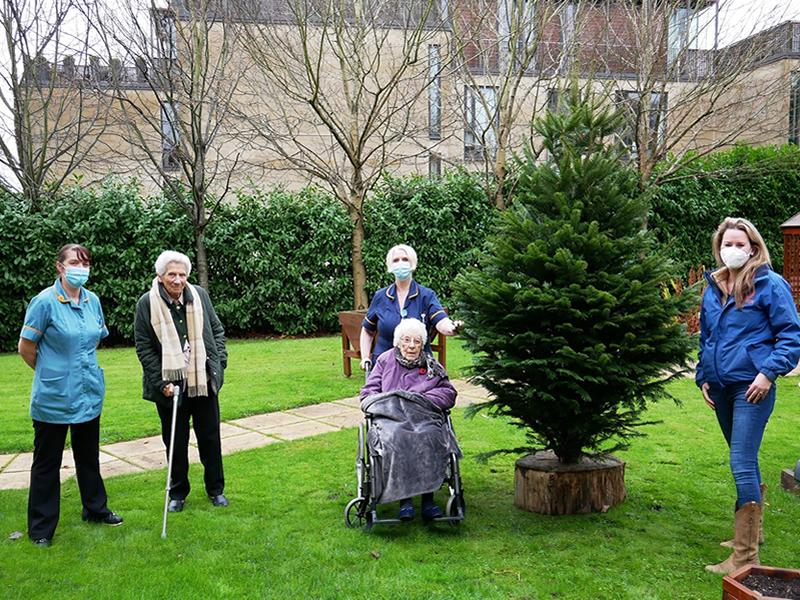 Family run, for family fun, Conifox Adventure Park has spent the run up to Christmas giving back, in an attempt to show that ‘all is not lost’ when it comes to connecting with your community in 2020. Donating a number of Christmas trees to different locations and running a competition to team up with a local care home, the park is showing its so much more than just magical day out.

The home of the most festive firs and spectacular spruces, Conifox Adventure Park wanted to share in the mirthful merriment of Christmas by donating a number of its sought-after trees to some deserving homes. Firstly, to the local community that has supported it through a difficult year, director James Gammell provided a magnificent tree to Kirkliston, where many families have been regular visitors and the park itself is based.

Secondly, a competition for locals, chosen by locals. Launched on the first day of the Conifox Adventure Park Christmas Tree Market, Facebook followers were asked to submit an Edinburgh care home that meant something to them, and although it was a close-call until the competition closed on Saturday, Murrayfield House Care Home was voted the winner with the most nominations. They have received an 8ft tree for the hard-working staff and residents to enjoy.

Park director, James Gammell, explains why he wants to give the gift of caring this Christmas: “This has been a tough year for everyone, and I know Christmas isn’t going to change that, but even when apart, there is always a little magic felt this time of year. The locations we have donated trees to and the charities we have partnered with are close to our hearts, as they are for the hearts of our local community. We haven’t been able to celebrate with you the way we would all have wanted, but this is just a little way we are showing that, although different, Christmas this year is definitely not cancelled. At the end of the day, it’s about community, friendship and coming together, however we can.”

The donations follow the annual light switch-on of the 60ft tree on Edinburgh Mound, which is also sourced by Conifox Adventure Park. Locals can pick up their own 4-14ft Nordmann Firs, Norway Spruces and Fraser Firs from the park, with them ready to be netted and taken away, or delivered in Edinburgh, South Queensferry, West Lothian and more.

For those elves who already have their tree and have been to the park to donate what they can, but haven’t quite finished the Christmas shopping, gift vouchers are available, and can be used in the main park, the Stables Bistro and the new activity centre upon its opening.

About Conifox:
Situated on the outskirts of Kirkliston, 5 minutes from Edinburgh Airport and only 20 minutes from the City Centre, Conifox Adventure Park is the perfect place to have some family time with kids of every age.

Speed around their pedal go-kart racetrack or get rough with off-road pedal tractors. Or why not try their 9-hole footgolf course, giant jump pillow, trampolines, or giant sand pit. With so much to do you can stay all day!

Then after building up an appetite, enjoy the Stables Bistro’s delicious food and drink or visit at the weekends to eat a sizzling BBQ (weather dependent).